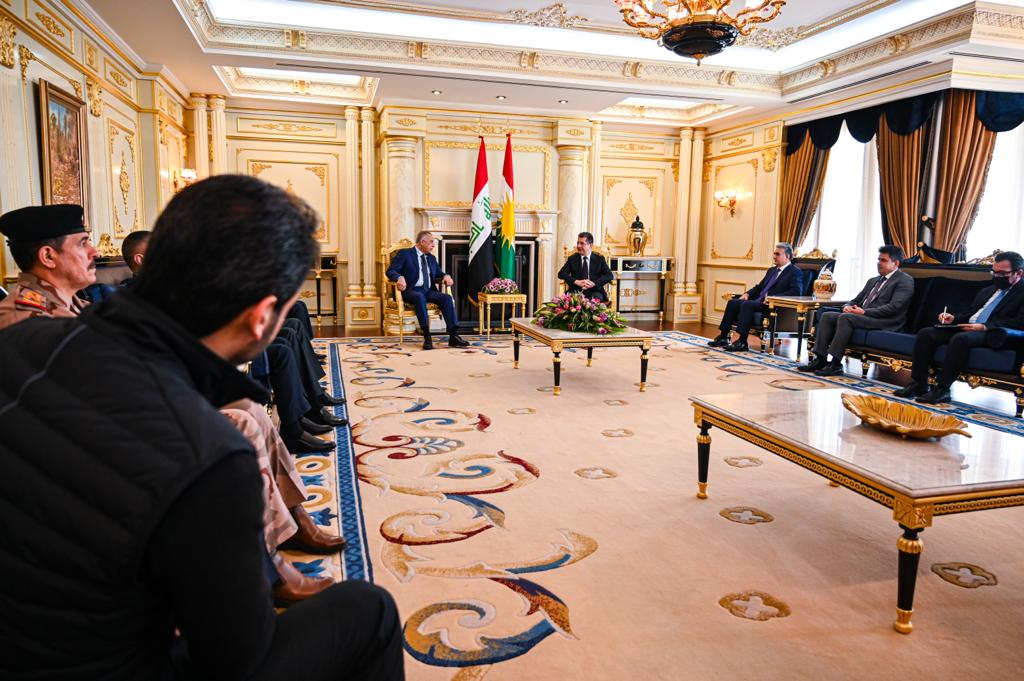 "We're in absolute agreement that the repeated attacks on Iraq's sovereignty must stop," PM Barzani said on Monday after discussing the "despicable attacks" on the capital city of the semiautonomous region.

"We also discussed the federal court's decision on Kurdistan's oil and gas, reaffirming that this decision is contrary to the constitution and all issues must be resolved fundamentally and on the basis of the constitution," a statement issued by his bureau said.