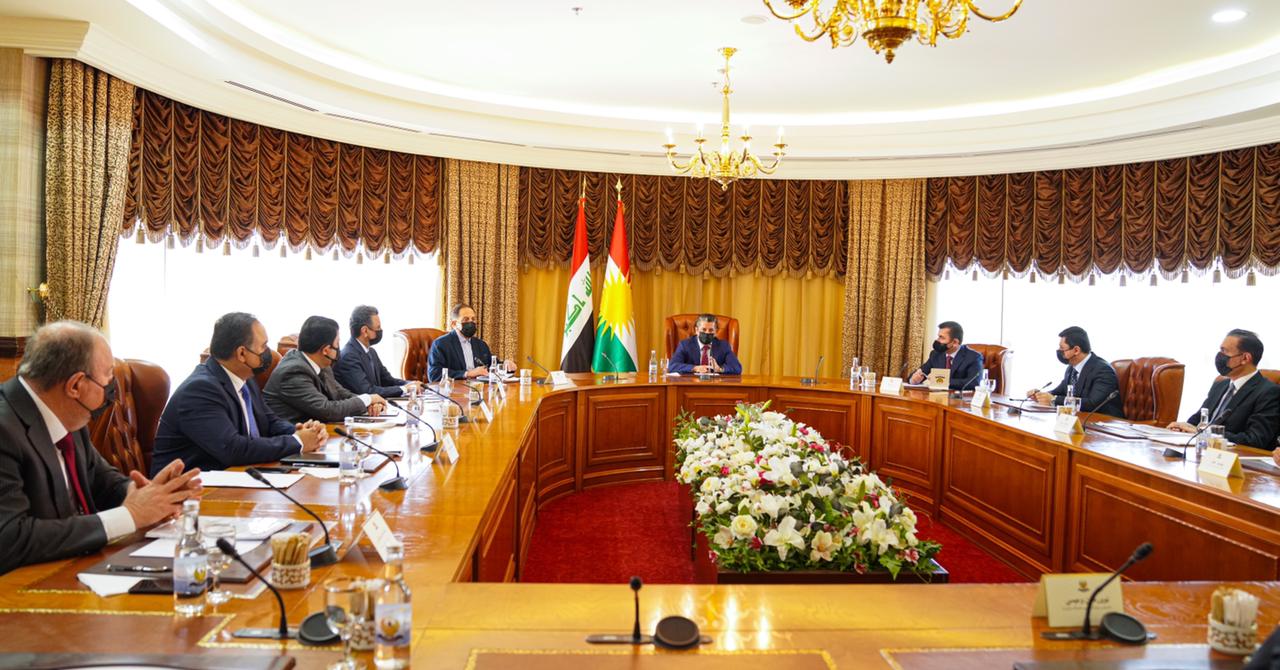 Shafaq News/ The Prime Minister of the Kurdistan Region, Masrour Barzani, discussed today with the Kurdish delegation to Baghdad, the negotiations on implementing the 2021 Federal General Budget Law.

A statement by the Presidency of the Kurdistan Regional Government said that the meeting reviewed the results of the delegation's meetings in Baghdad on the implementation of both parties' commitments, especially those related to the general budget law and the oil and non-oil revenues that were agreed upon during the meetings with the ministries and concerned federal parties.

The meeting pointed out that there is no justification for the Federal Ministry of Finance to refrain from sending the region's rights and financial dues mentioned in the budget law and the tables attached to it.

However, the meeting renewed the region's commitment to the federal general budget law, and called on the federal government, in return, to send its financial dues, according to the statement.

In Arabic, PM Barzani sends a letter to all Iraqis