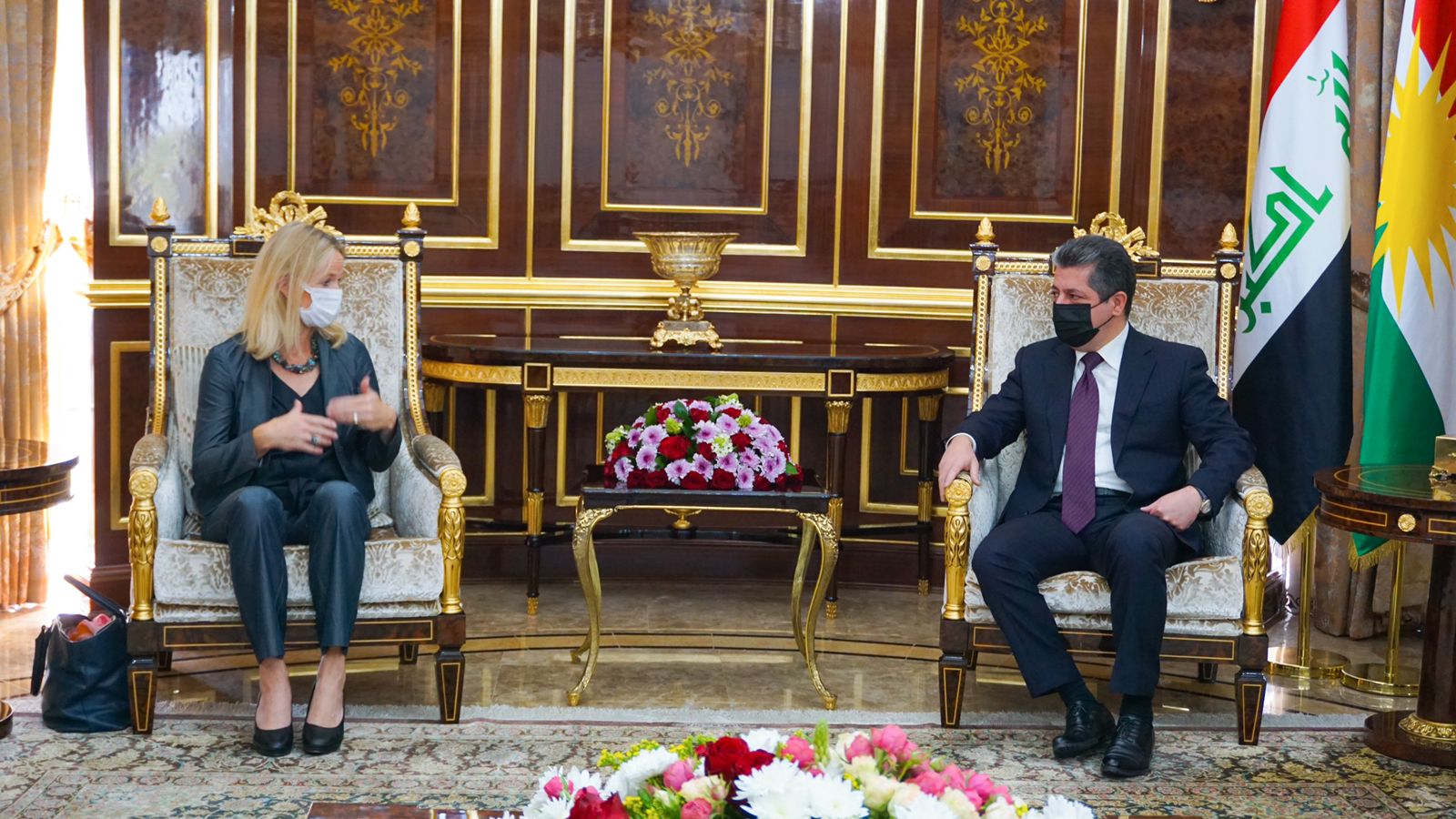 According to a press release issued by the Kurdistan Regional Government (KRG), Von Cramon presented an overview of the mission's activities and tasks, laying emphasis on its neutrality and impartiality.

For his part, the Prime Minister expressed his appreciation for the vital role played by the European Union in monitoring the elections, hoping that the polls will be held in "a peaceful and fair atmosphere, far from attempts of fraud and violence, especially in the Kurdish areas outside the region's territory."

PM Barzani added that KRG's institution and departments are ready for "any necessary forms of cooperation and coordination with the European Union mission."