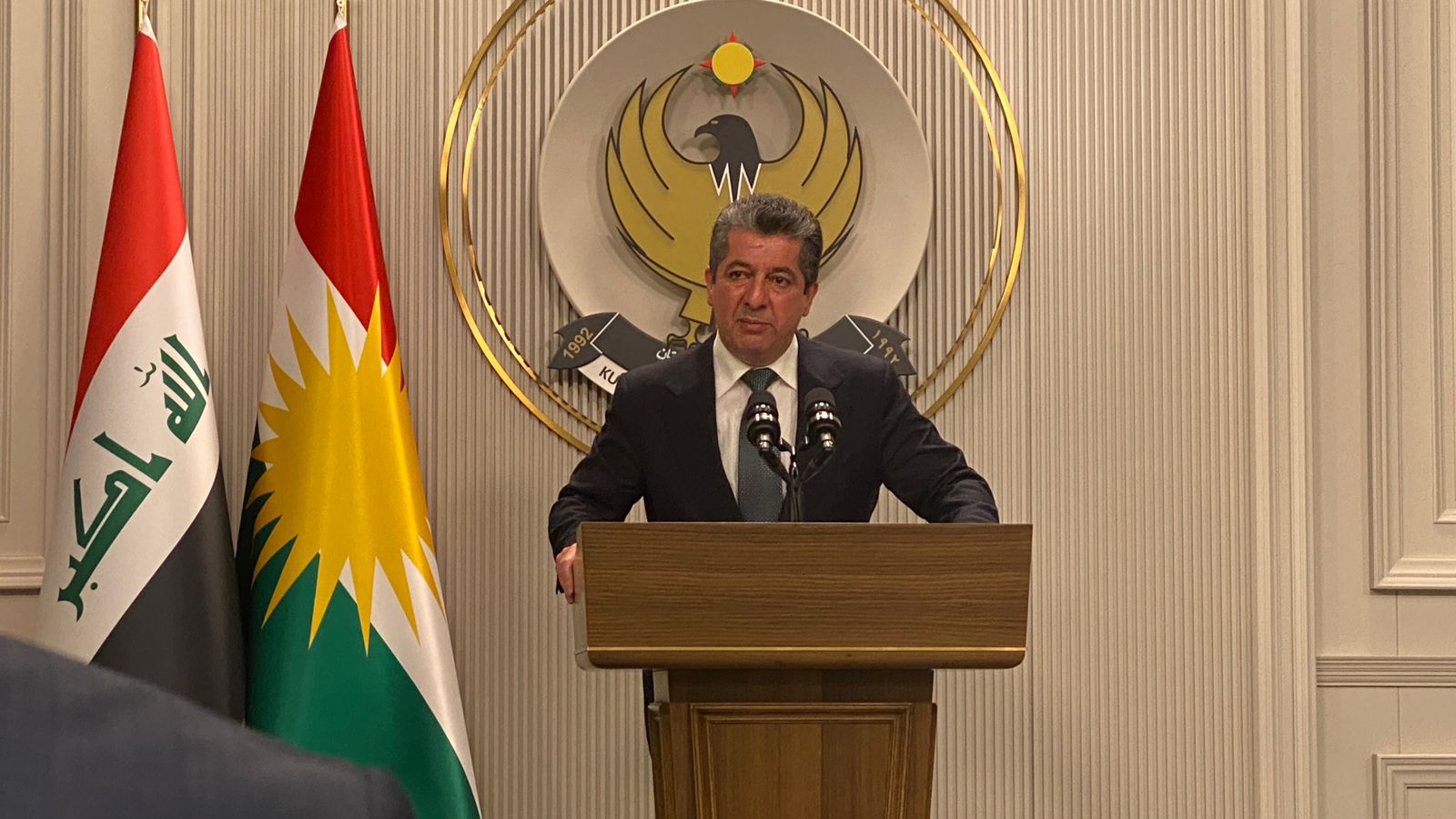 Shafaq News/ Kurdistan's Prime Minister Masrour Barzani said that the talks are underway to resolve the disputes over the management of the region's oil wealth, reiterating its rejection of the "unilateral decisions that violate the constitution."

Speaking in a press conference earlier today, Wednesday, the Prime Minister refuted the "talks about the [Kurdistan] Regional Government's (KRG) lack of commitment in exchange for reaching a solution to the region's gas and oil issue."

The talks are underway between Baghdad and Erbil to address this issue in accordance with the constitution, Barzani said, asserting that no party has the right to make a decision on behalf of the people of the Kurdistan region.

"I am surprised with talks about KRG's noncompliance with Baghdad. We responded in accordance with the law and constitution to find a solution that achieves the interest of Iraq."

"What the Iraqi minister of oil said about Kurdistan selling oil at lower prices is untrue. The selling prices are known by the oil ministry, Deloitte, and SOMO. The stats are also available at the KRG."

"Unfortunately, SOMO and the oil ministry are threatening the companies that buy the region's oil...if they respect the people of Kurdistan, they shoud not do this."

In Arabic, PM Barzani sends a letter to all Iraqis