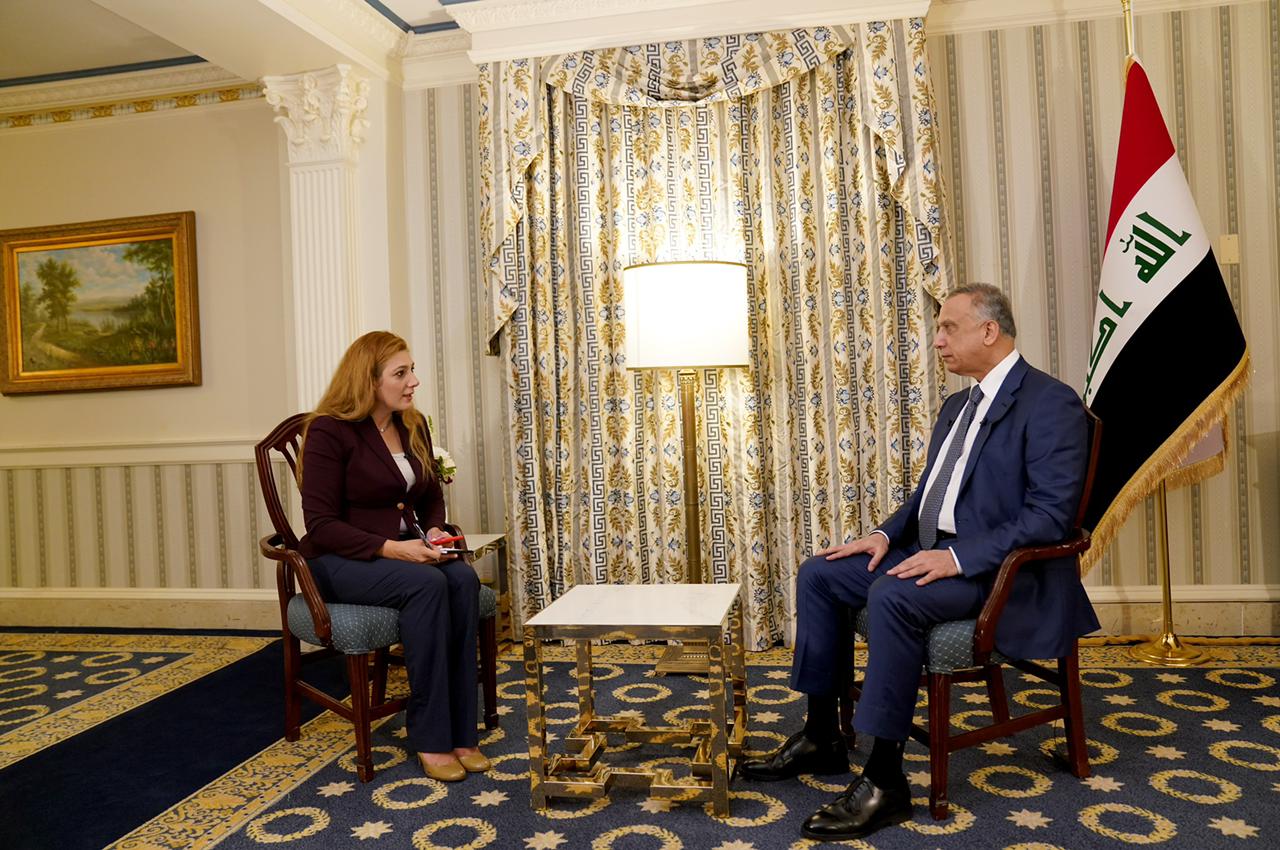 Shafaq News/ Prime Minister Mustafa Al-Kadhimi announced a new phase of relations between Baghdad and Washington, following the recent agreement to withdraw American combat forces from Iraq by the end of the current year.

Al-Kadhimi said, "Iraq's role in the region has become pivotal", stressing the need to create a safe environment for investment.

In addition, the Iraqi Prime Minister pointed out that his country will soon start receiving 400,000 doses of the Pfizer vaccine every week."