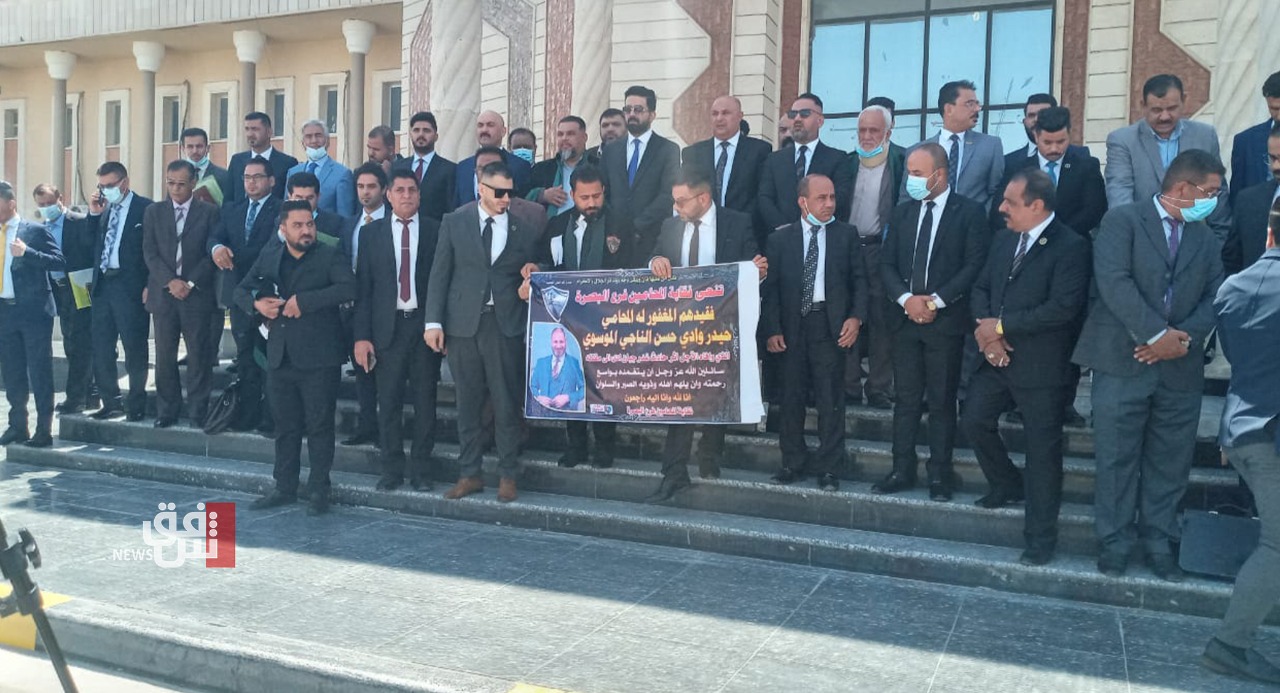 Shafaq News/ A group of Basra lawyers organized a demonstration in the aftermath of the assassination of the attorney at law, Haidar Naji al-Mousawi.

Financial disputes between the uncle of the victim and a group of people to whom he owes money was the motive of the crime, according to the chief of Basra's Bar Association, Abdul Reda al-Attar.