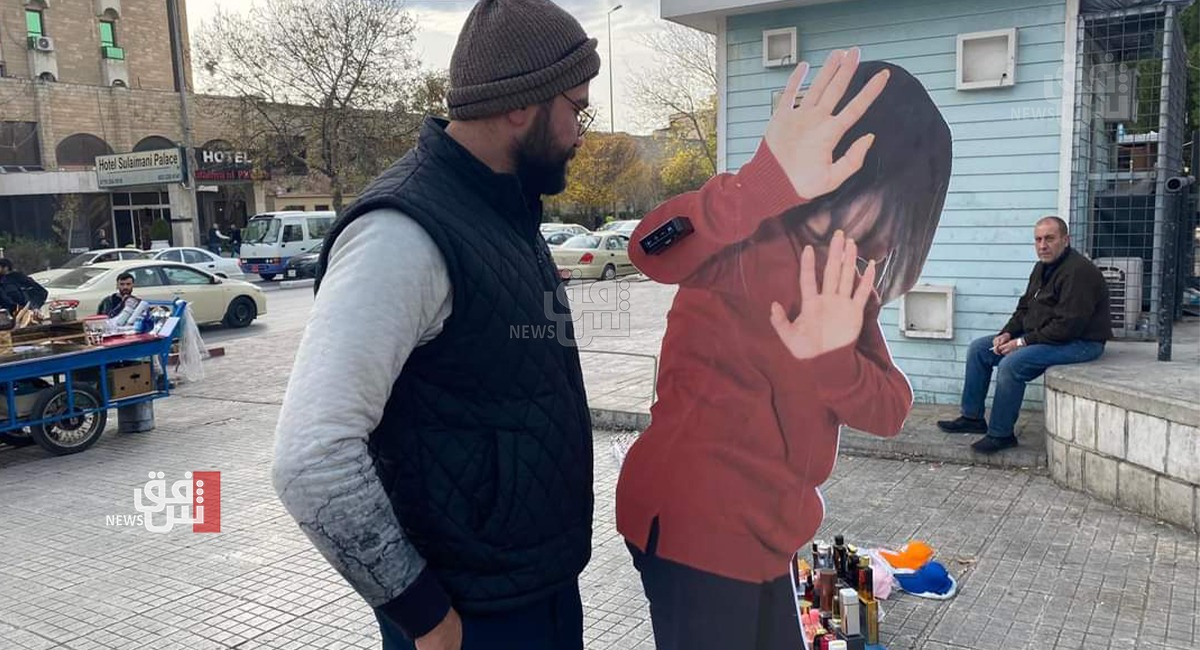 Shafaq News/ Domestic violence is on a "frightening" rise. It deprives Iraqi women of their rights adopted by religions, constitutions, and international laws. Two government officials in Diyala and Saladin said.

"Women have reported increased rates of domestic and other types of violence, 10% of them in cities and 50% in villages and rural areas are victims of violence despite their human rights granted by religions and the Iraqi constitution." Director of High Commission for Human Rights Office in Diyala, Salah Mahdi Al-Majmai, told Shafaq News Agency.

"Most women in Diyala are still denied access to education, forced to marry, suffer from adultery, have no recreational areas, in addition, subordinate to the traditional male perspective on feminism." He added.

"Woman's participation in Diyala's community leadership is not active, as there are many concerns that limit her role in politics and labor market even in driving a car, which puts many women under harassment."

The Official warned against the increase of domestic violence crimes in light of "the absence of laws protecting women and their democratic and human rights," calling for unifying efforts "to liberate women from traditions and allow them to exercise their leading role."

On the other hand, the Director of the Human Rights Commission Office in Saladin, Idris al-Issawi, confirms that the women in the Governorate are suffering from traditions and the dominance of men, which made them "overburdened."

He pointed out that "domestic violence and forced marriage are the most prominent traditions that control women's lives in Saladin, especially in villages and rural areas," adding that 60% of women are exposed to violence.

The Director revealed that "many domestic violence cases have not been registered because women do not submit complaints fearing of strict traditions."

Al-Issawi said, "The political role and representation of Iraqi women is limited in Iraq," calling for "unifying the governmental and societal efforts to enact laws that protect women's rights and liberate them from the tribal traditions in the different governorates."

Over the past years, Iraq had adopted several policies for the advancement of women's affairs, such as a National Strategy to Combat Violence against Women, a Poverty Reduction Strategy, a National Plan for the Implementation of the Universal Periodic Review Recommendations, and a National Strategy for Reproductive Health and Maternal, Legal Guardian, Child and Adolescent Health 2018-2020.

These policies and strategies had contributed to and continued to enhance the status of women in society towards the full enjoyment of their rights and to enable them to exercise their essential role in public and political life.

According to the United Nations, to ensure the protection and enhancement of women's rights in the region, several specialized institutions and departments were acting in the field, including the followings: more than 150 civil society organizations for women in the Kurdistan region, five shelters for women exposed to violence, the High Council for Women's Affairs and the General Directorate for Combatting Violence against Women and the Family in the Ministry of Interior, which consisted of six directorates and 28 offices in districts and sub-districts, in addition to its offices in refugee and internally displaced people camps.

However, Iraqi women are still subject to family and tribal laws in many violent cases..

Iraq's Foreign Minister: women represent the second half of the society

Official report: +10,000 domestic cases reviewed by Judiciary in the first half of 2022