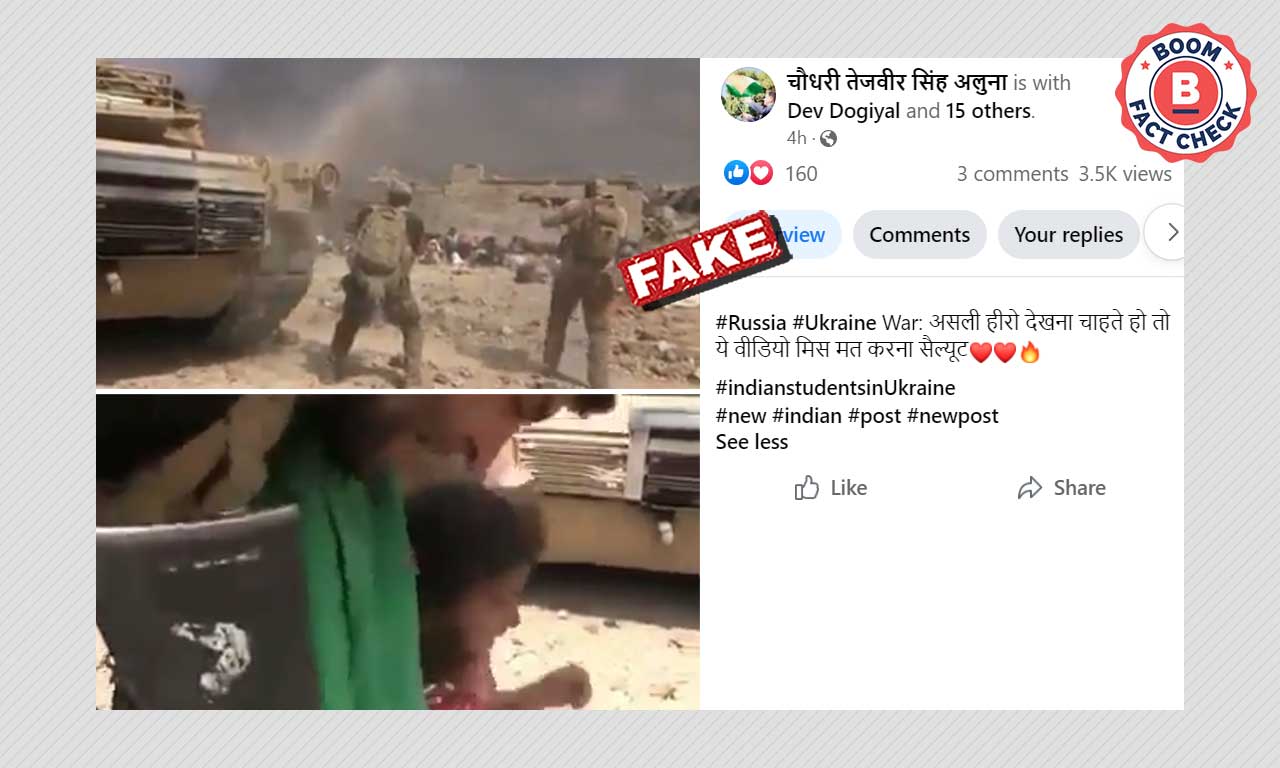 Shafaq News / An old video showing an American aid worker running through gunfire from ISIS to save a little girl, is being shared falsely claiming that the video is from Ukraine after Russian forces invaded the country.

On February 24, 2022, Russian President Vladimir Putin announced that he is launching a 'special military operation' in Ukraine, following which Russia invaded the country. Ukraine is currently witnessing conflict in several cities including the capital Kyiv, with constant Russian airstrikes. Russia has faced condemnation from several countries for waging war, with footage of distress and hardships in Ukraine flooding social media.

In the viral video, a man wearing a bulletproof vest over a black T-shirt can be seen running and bringing a young girl back to safety as two other soldiers give him cover by opening fire at an enemy position.

The video is being shared with the caption when translated reads, "#Russia #Ukraine War: If you want to see real hero then don't miss this video Salute"

Al-Halbousi recalls the "Atrocious crimes" of ISIS against the Yazidis

A new attack on US-Coalition convoys