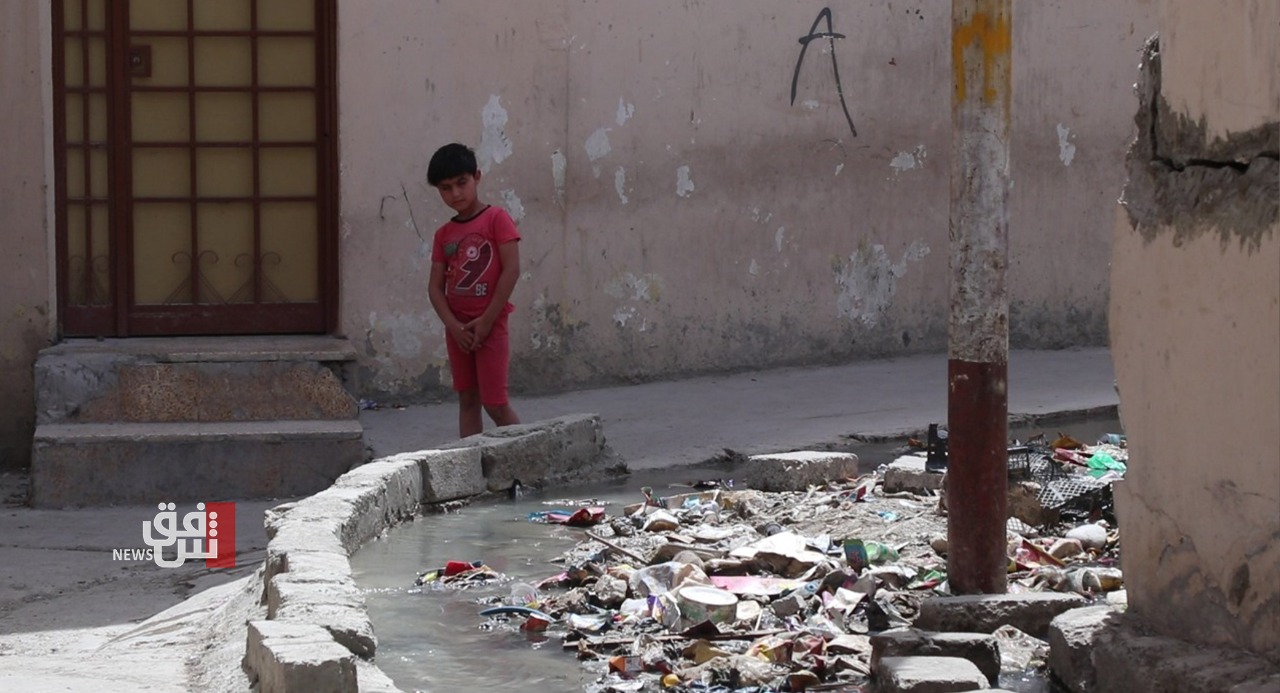 Shafaq News / The inhabitants of the village of al-Farouq al-Daqim in old Mosul are struggling under the burden of trash and foul smelling stagnant water, which have had negative repercussions on the health of the children of the area.

Abu Ahmad, one of the area's residents, told Shafaq News Agency, "The inhabitants of the area have been struggling with this problem for many years, and numerous complaints have been submitted without any results. Nobody seems to be listening to the voices of people who do not have a representative in the government and who are only remembered during electoral campaigns."

He stressed, "The situation for the inhabitants of this area has become unbearable because of the foul smells. Many promises have been made to them but have remained unfulfilled by the local government, promises as many as these heaps of trash that you see."

In turn, the Mosul media office spokesperson Alaa al-Haidari indicated that this neighborhood is indeed on the list of projects to be undertaken but that the funds have not yet been made available.

Al-Haidari confirmed that the miserable conditions of the residents are well known but that the execution of such projects in the old city requires specialized machinery which would be able to enter the narrow streets. As of yet, there are no funds available for the purchase of the machinery, especially that the city has lost hundreds of machines in its war against ISIS in 2014.

Activists Ahmad al-Walid told Shafaq News Agency, "The old city, despite is historical and civilizational value, is only ever made promises that remain unfulfilled. "Rehabilitating the streets and putting an end to the plight of their residents would be much more beneficial than building fountains costing millions of dinars."

He added, "We are very bothered by the situation and are well aware of the absence of a defined plan to provide services to the district which has been living in administrative chaos since its liberation."