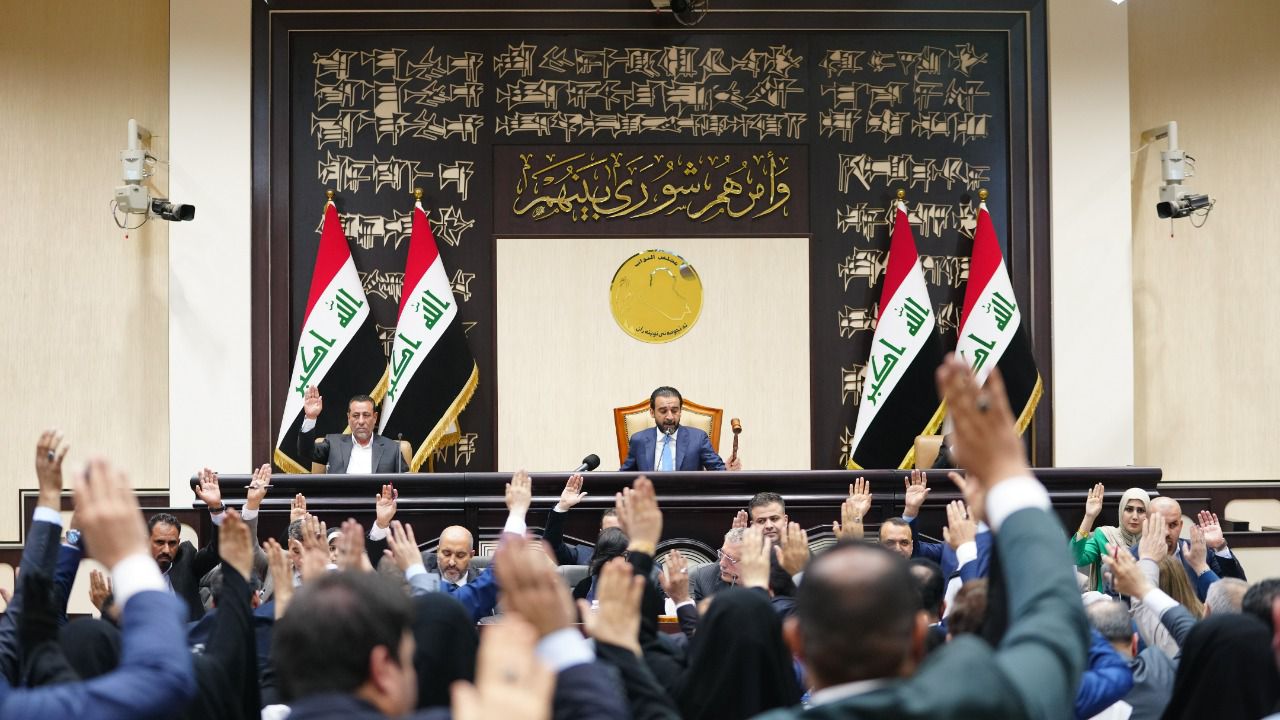 Shafaq News/ Iraq's body has completed the second reading of the emergency bill on food security and development in an ordinary session held under the auspices of parliament speaker Mohammad al-Halboosi.

According to an official statement, lawmakers reiterated the calls for a "clear economic vision" and "well-considered development strategy" that bolsters the country's industry and agriculture.

The lawmakers called for a limited ceiling for the funds allocated to the food security bill and a fair distribution of financial allocations among the governorate.

The MPs called for meeting the demands of liberated territories, settling the internally displaced persons situation, and monitoring the loans of the Interior and foreign affairs ministries.

The legislators demanded enlisting the share of the Kurdistan region in the food security bill and deciding the bills proposed to combat unemployment and bolster the medical industry.

The first deputy speaker of the Iraqi parliament, Hakem al-Zameli, who headed a part of the session reiterated the parliament's commitment to providing legal support for the government in its quest to meet the needs of the people, "particularly, food security, social welfare, and service portfolios in the government.".

The lawmakers called for funding a law on compensating the Yazidi survivors and the people of Sinjar, paying the gas bills, addressing the waters crisis, and protecting animal wealth.