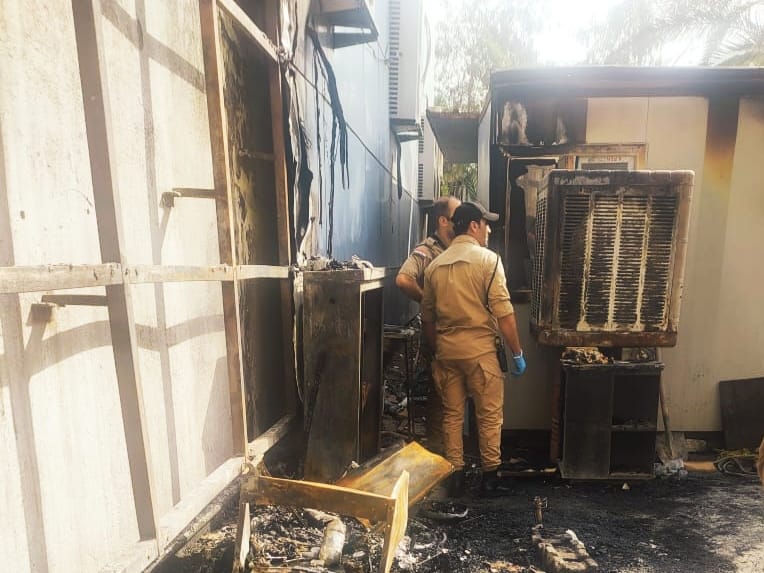 Shafaq News/ Baghdad confirmed that the fire that broke out in the building of the Compensation Department for terrorism Victims did not result in any causalities.

A statement by the governorate said that after the fire broke out, the civil defense teams rushed to put it out as quickly before it reaches the buildings, and that work in the department will resume naturally, according to a specific schedule.

The statement pointed out that citizens can review their transactions through the governorate's website.