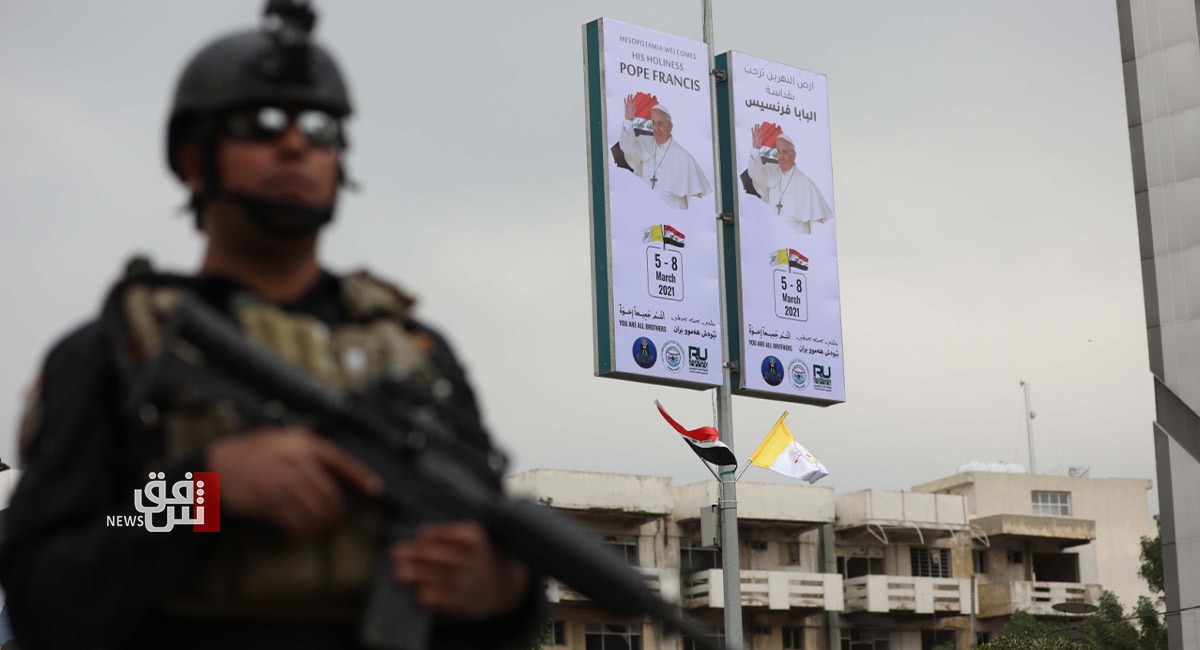 Shafaq News / the security authorities in Nineveh began on Friday implementing its plan to secure Pope Francis' visit to the Governorate.

A security source told Shafaq News Agency that all movements are tied in Mosul until the Pope leaves the City.

Mosul begins a total curfew due to Coronavirus Pandemic.

The source explained, "The measures included total closing of all the entrances to Mosul, except for urgent cases."

"A special force had arrived two days before from the capital Baghdad to secure the Pope in Hosh Al-Bayaa and the churches surrounding it in the old Mosul, in addition to the town of Baghdida (Bakhdida).”

Pope Francis starts a historic trip to Iraq on Friday, defying security fears and the pandemic.

The Pope left Rome and it’s supposed to arrive within four hours.

Security will be tight in Iraq, thousands of security forces spread around the Country to protect him.