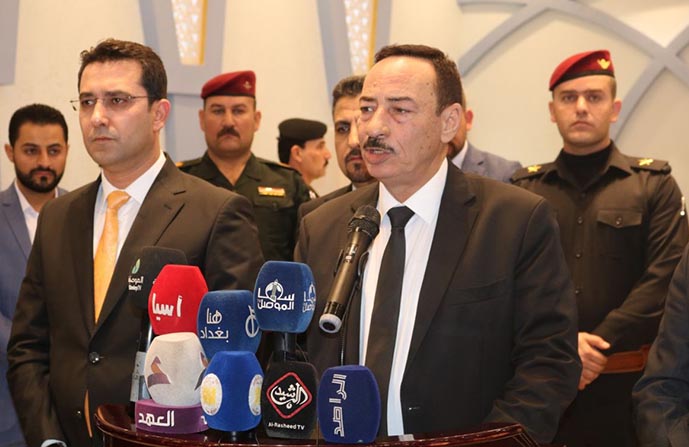 Shafaq News/ The Governor of Nineveh, Najm Al-Jubouri, warned of the detrimental consequences of transferring displaced persons from al-Hol camp in Syria to al-Jadaa camp in al-Qayarah sub-district, to the south of Mosul, hinting at wide public disapproval in the governorate for this step.

Al-Jubouri said on Thursday that he lodged an official letter to PM Mustafa al-Kadhimi's office demanding the postponement of the transfer.

In a press statement today, Al-Jubouri warned of the "consequences of pushing this project forward, as the area to which the displaced persons will be transferred, houses many families of security officers who perished in the clashes with ISIS."