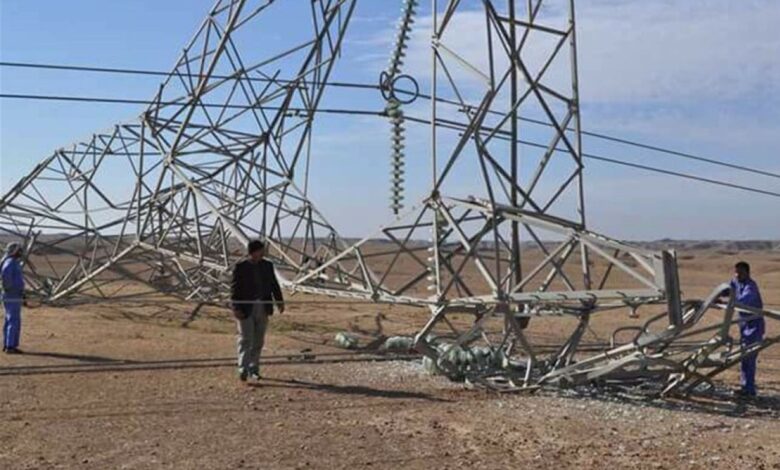 The Company said in a statement "the terrorist groups aim to completely cut off the power system in the northern regions, in a systematic and aggressive plan to harm citizens."

It added, "Yesterday at night, the transmission lines of the Qayyarah - Mosul Dam and the East Mosul - Mosul Dam were attacked with explosive devices."

Hundreds of Iraqis protested in different Governorates over worsening power cuts as temperatures exceeded 50 degrees Celsius in some parts of Iraq.

Iraq's electricity minister resigned this week under pressure over the power crisis.