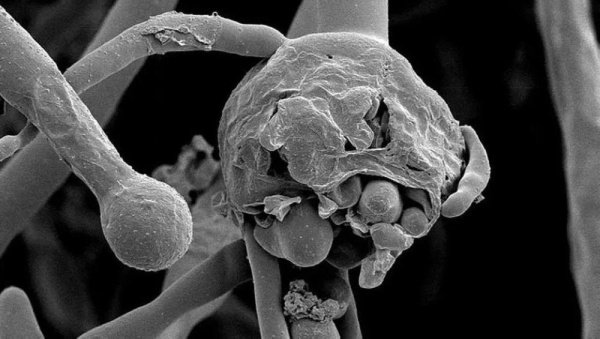 Shafaq News/ A medical source reported today that a Black Fungus case had been detected in Wasit Governorate, southern Iraq.

The source told Shafaq News Agency that this is the first case in the governorate, noting that the patient is a 40-year-old man who works as an officer and has tested positive for COVID-19.

Abdullah Kuran, the media rapporteur of al-Sulaymaniyah Health department, told Shafaq News agency that the deceased had been admitted to a hospital two weeks ago due to his COVID-19, diabetes, and heart diseases.

As by Kuran, the deceased had symptoms of "black fungus" in areas of his body and eyes, pointing out that the man died due to his poor immunity.

The Iraqi Ministry of Health assured earlier today that Mucurmycosis, a.k.a the "Black Fungus", is not an "Epidemic disease", stressing that it outdates the novel Coronavirus "SARS-CoV-2" that causes COVID-19.

On Monday, a medical source reported that the first official mucormycosis death in Iraq had been registered in Dhi Qar.

The source told Shafaq News Agency that the disease was discovered by coincidence upon the patient's death.