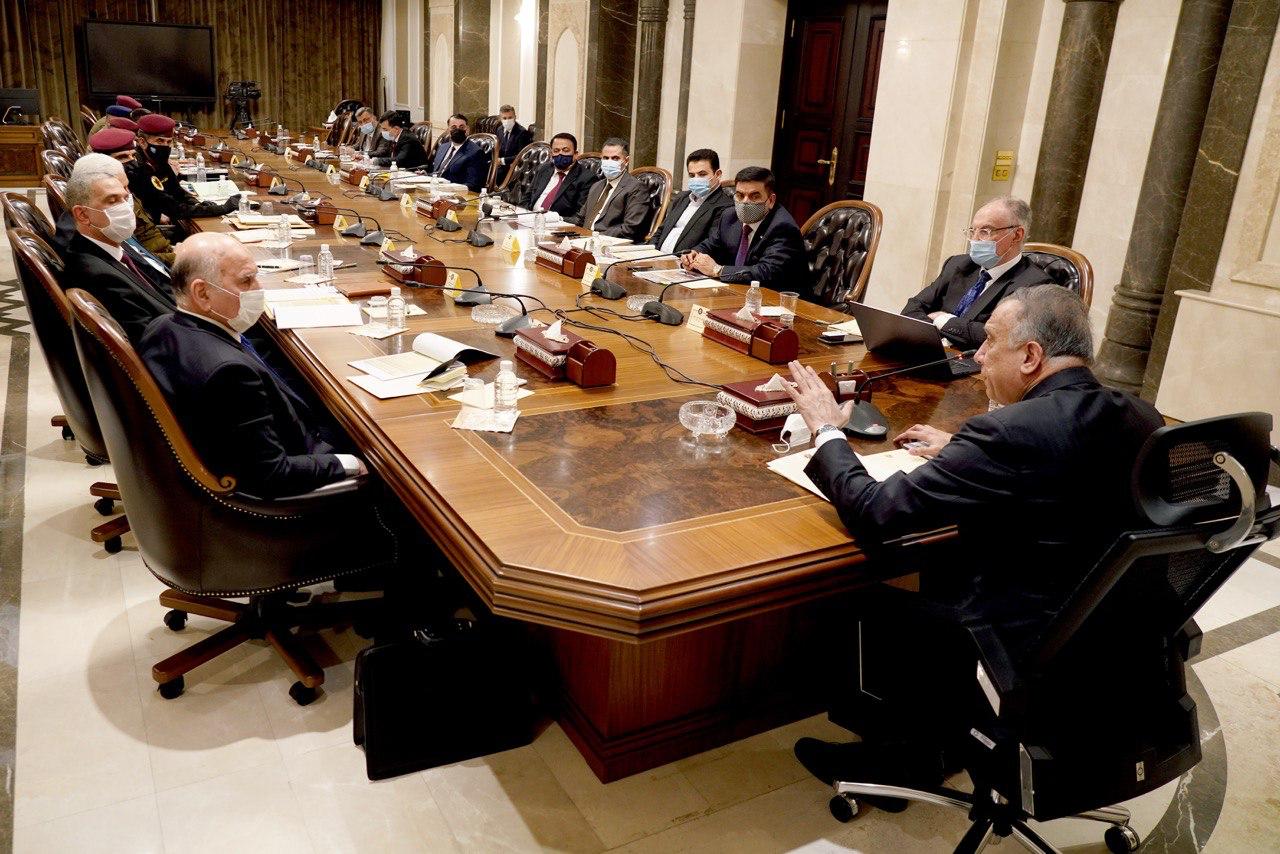 Shafaq News/ Upon its convention chaired by the Commander-in-Chief of the Armed Forces PM Mustafa Al-Kadhimi, the Ministerial Council of National Security deemed the recent attacks on power transmission towers as "a threat to the Iraqi national security".

A statement of al-Kadhimi's office said that the meeting discussed the recent developments in the security file in the country and the measures considered to enhance the qualifications of the security forces amidst the enormous security challenges they are facing.

Al-Kadhimi commended the security forces efforts to confront the terrorist and criminal gangs and impose security and stability, emphasizing his full support for the Army, Police, and all security forces personnel.

The Commander-in-Chief of the Armed Forces stressed the importance of societal security, aborting the attempts to inflict private and public properties, avoiding live ammunition during demonstrations dispersal, and providing the proper equipment for the security forces to fulfill their duties.

The Prime Minister directed the security commanders to attend the field during demonstrations to protect the demonstrators and the private and public properties.

The meeting discussed the recent attacks on services projects and power transmission towers by "criminal groups that pose a threat to the country's national security". Al-Kadhimi instructed taking all the proper measures to pursue the perpetrators and abort further attacks.

The Council ratified Iraq's enrollment to the Joint Counter-Terrorism taskforce in the Middle East and North Africa.