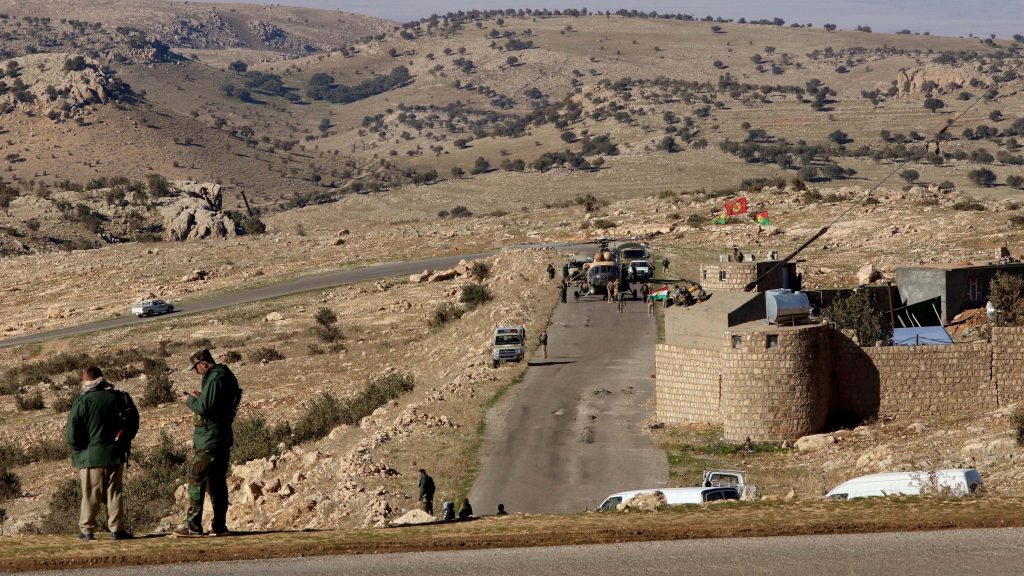 Shafaq News / The National Security Adviser, Qassem Al-Araji, accompanied by the Deputy Commander of Joint Operations, Lieutenant General Abdul Amir Al-Shammari, arrived on Monday in Sinjar district, to ensure the implementation of the agreement between Baghdad and Erbil and to check the security situation in the district. An informed source told Shafaq News Agency.

In 2014, ISIS committed genocide against its residents, and the Peshmerga backed by U.S. air strikes seized the Iraqi town from ISIS in the following year.

Sinjar is politically important because it’s in the disputed territories, ethnically mixed areas across northern Iraq, long the subject of a constitutional dispute between Baghdad and the Kurds, who both claim them.

Sinjar fell under the Kurds’ control, despite lying outside Iraqi Kurdistan’s recognized borders.

Baghdad did little to challenge the arrangement until its October offensive, launched to “punish” the Kurds for their Sept. 25 independence referendum. Iraqi forces have seized the disputed areas the Kurds had expanded into including Sinjar.

The Iraqi authorities installed new officials in the district in place of the elected officials who withdrew from the area to Duhok Governorate when the Iraqi forces advanced.

There are currently two local governments for Sinjar, one of which was appointed by the federal government authorities, and the second is the elected government, which operates from Duhok governorate.

The anti-Ankara PKK also formed a faction loyal to it there, called the "Sinjar Protection Units" and receives salaries from the Iraqi government as a faction under the umbrella of the Popular Mobilization Forces.

Kurdistan workers reject repeated calls from the Kurdistan Region to leave the region, which is under Turkish attacks from time to time, which impedes the return of tens of thousands of displaced Yazidis to their homes.

Earlier in 2020, Baghdad and Erbil reached an agreement to normalize the situation in Sinjar, providing for the administration of the judiciary in terms of administrative, security and service jointly.

The new agreement will address the issue of duplication of administration, and Al-Kadhimi stressed Baghdad’s keenness on Sinjar being free of armed groups, whether internal or from outside the country, in reference to the PKK.

The deal ends the authority of intruding groups and paves the way for the reconstruction of the city and the full return of its people in coordination with the Kurdistan Regional Government.

Several parties welcomed the agreement between the federal government and the Regional Government.

The United Nations Assistance Mission for Iraq (UNAMI) welcomed the deal saying it marked a first step in the right direction and expressed hope that it would pave the way for a better future.