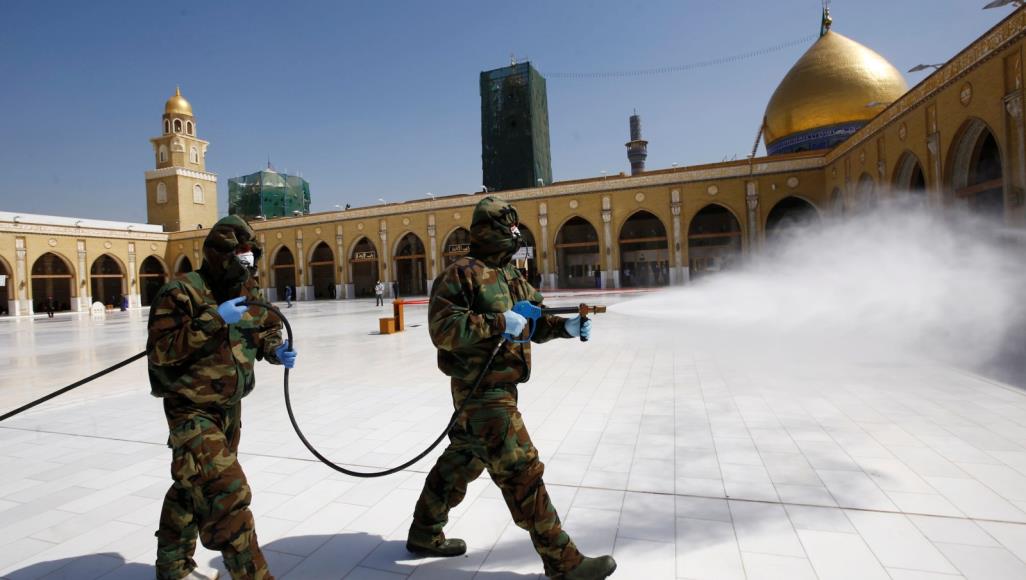 Shafaq News/ Najaf Governor Louay Al-Yasiri announced today that a series of measures had been taken to limit the spread of COVID-19.

Al-Yasiri said in a press conference, "The number of vaccinated people in Iraq has reached one million out of 40 million, which is a very low number," explaining that the Health Directorate cannot receive patients. "If Al-Hakim hospital is overloaded, there will be a medical disaster."

In addition, the crisis cell decided to close all mosques and religious sites.

Najaf governor said, "All departments in the governorates will not serve any citizen unless he presents his official vaccination card."

"The Tourism Security Department and the Association of Hotels and Restaurants have been informed that no one will be allowed to enter unless the vaccine card is presented", noting that the Chinese, American and British vaccines are all available in the governorates.

The COVID-19 vaccine finally arrives in Dhi Qar and Diyala