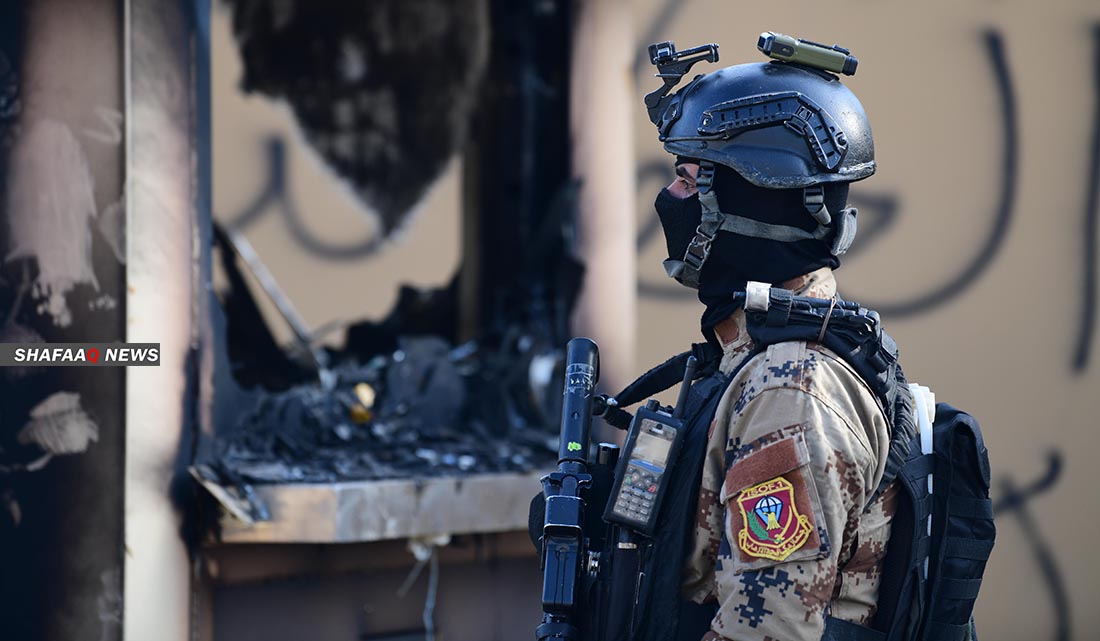 Shafaq News/ An Force from the National Security Service survived an IED attack planted near power transmission towers set off by ISIS terrorists earlier today, Sunday, in the morning near Omar Kan village in Mosul.

A security source told Shafaq News Agency that the vehicle of an officer in the National Security Service set off an explosive device when he arrived at the location of the power transmission towers targeted this morning.

The explosion severely damaged the vehicle, but the officer and his fighter survived, according to the source.

The source explained that two explosive devices were planted, but only one of them exploded.

Fire breaks out in oil tanks in Mosul