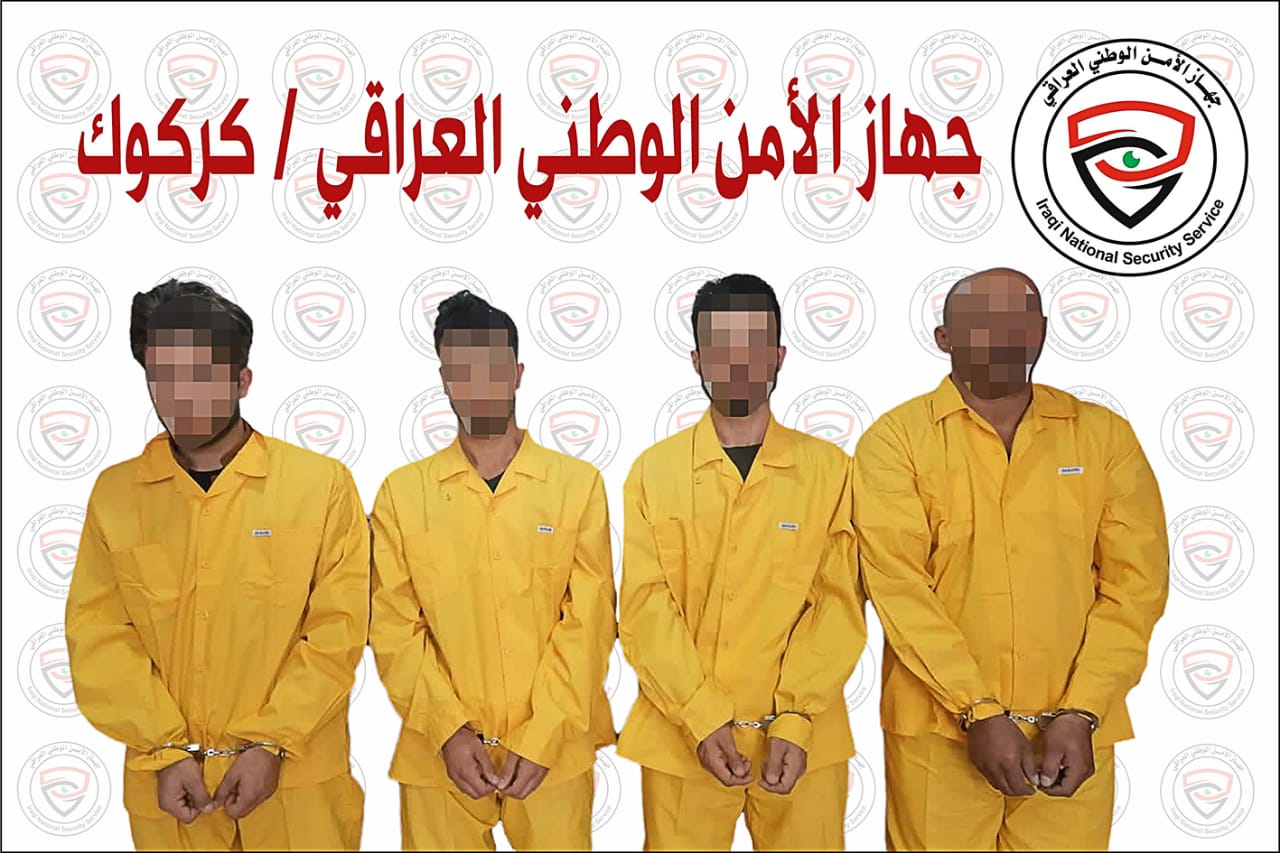 The agency said in a statement received by Shafaq News Agency said that security forces, based on security intel, arrested four terrorists in Kirkuk governorate.

The arrestees used to work in diwan al-Jund, mosques, and the Islamic police within the province of Kirkuk.

The terrorists admitted to targeting security forces with explosive devices during the liberation operations.

After preliminary inquiries, the detainees were handed over to the relevant authorities to resume the legal proceedings.