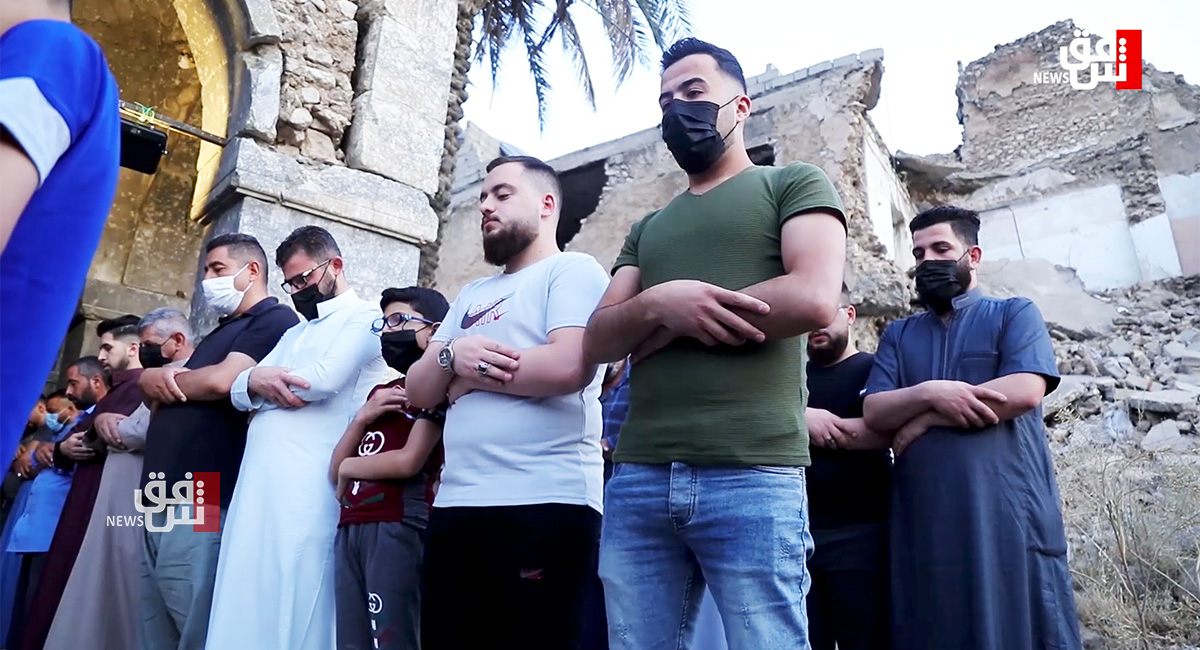 Shafaq News / Mosul residents held Eid prayers on the rubble of the Al-Masyfi Mosque, the oldest mosque in the city, which was built during the reign of the Islamic Caliph Omar Ibn Al-Khattab.

The residents organize the ritual prayer to highlight the historical value of the mosque, which was damaged during the war against ISIS.