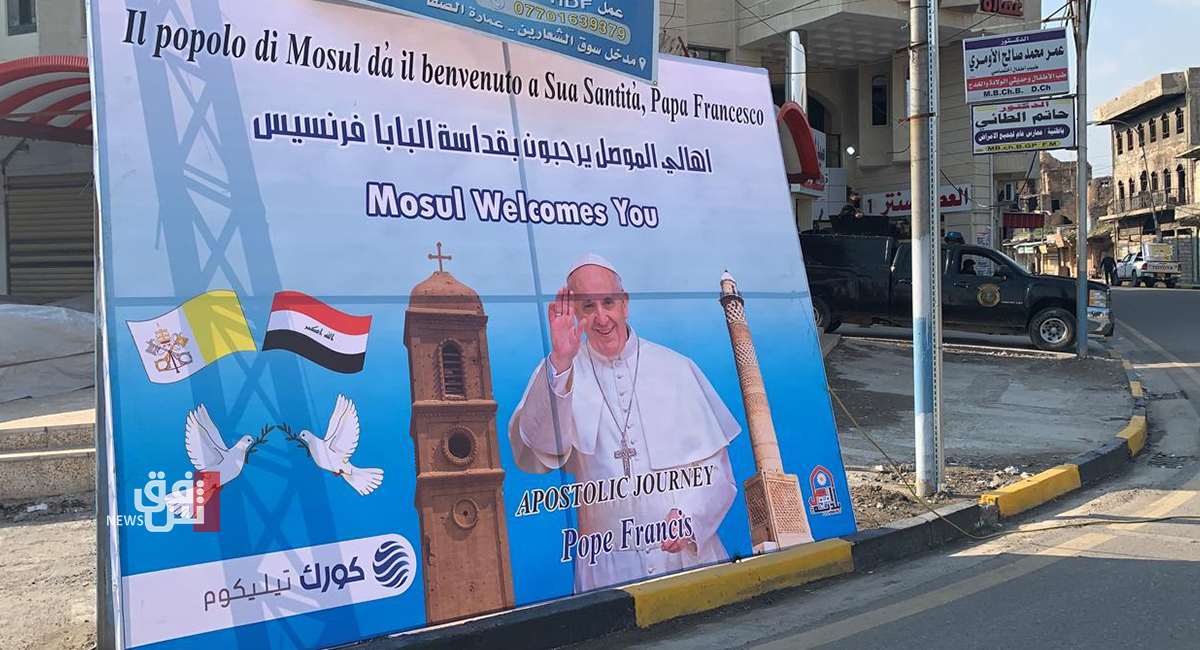 Shafaq News / The municipality of Mosul city in Nineveh finished preparing for the Pope's visit to the old city, next Sunday.

The municipality removed the rubble and prepared for a prayer in the old church of al-Tahira, to which dozens of Christians will arrive on Sunday morning to pray with the Pope for those who passed away during the war.

The old city hung the Vatican and the Iraqi flags in the streets, as well as the Pope's photos.