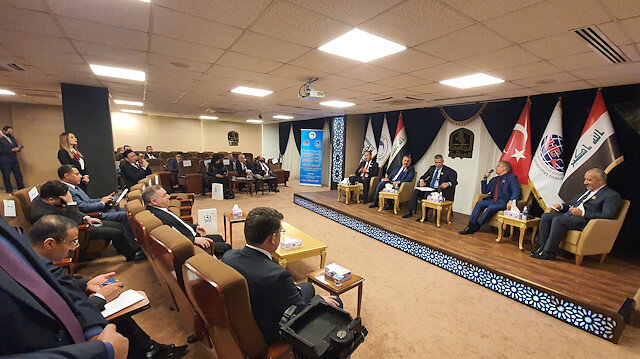 The symposium organized by the Iraqi University was attended by Turkey's ambassador to Iraq Alireza Guney, the head of the International Universities Council Orhan Hekmat Aziz Oglu, and a group of Iraqi academic figures.

In a statement to the Turkish "Anadolu" agency, Guney said that the symposium discussed ways of bolstering prospects of academic cooperation between Turkish and Iraqi universities and the hurdles impeding the progress of the academic process.

The diplomat said that the meeting devised a roadmap to address the academic challenges and problems.

Turkey threats to "respond in kind"

Baghdad calls on Ankara to ease travel restrictions for Iraqis