Minister of Construction inaugurates a vital bridge in al-Anbar 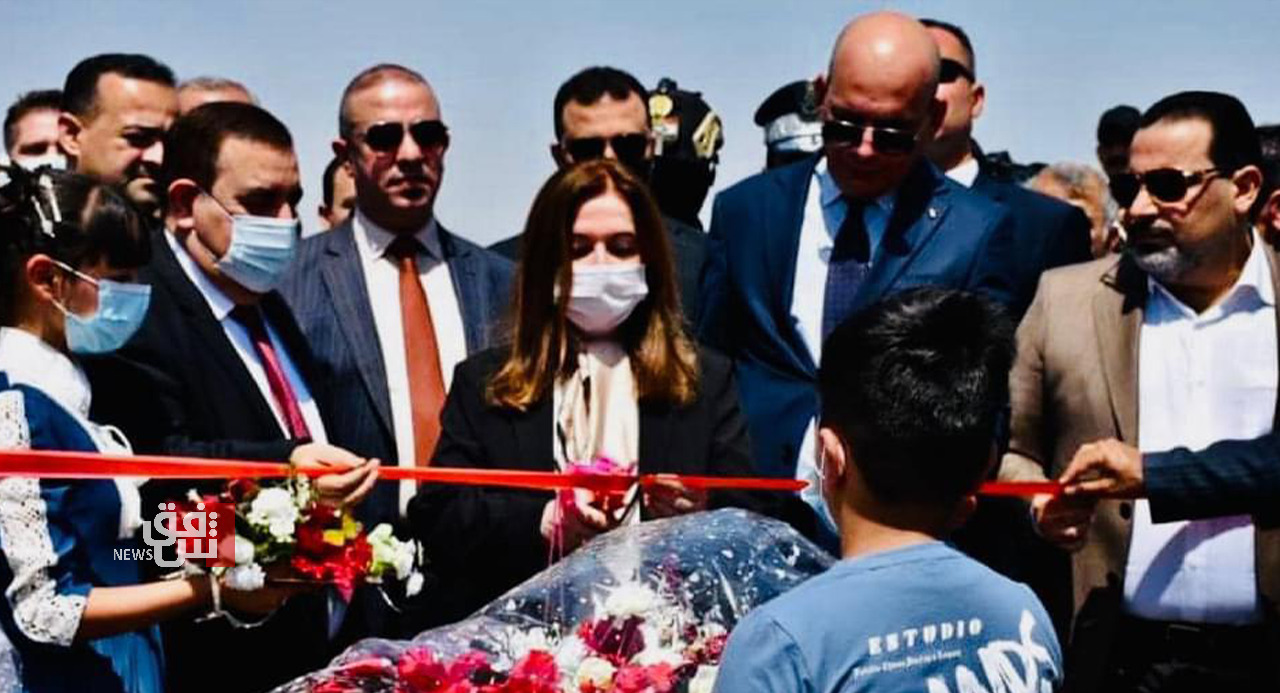 The Minister said in a joint press conference with al-Anbar's Governor, Ali al-Dulaimi, "shortly before inaugurating this bridge, al-Mowazafin (employees) bridge was inaugurated."

"This project will be followed by several other services projects in al-Anbar. We aim and work to improve the services in this governorate particularly, and in all the country."

"We salute the efforts of the workers in the implementation of the third bridge and urge them to work diligently and continuously to attain more achievements."

The governor of al-Anbar, Ali al-Dulaimi, said, "The Ministry of Municipalities played a very large and effective role in supporting the local government with construction and rehabilitation works by operating and sustaining crucial projects."

"Sanitation projects were very vital. Without them, we would not have been able to rehabilitate roads and cities."

The director of Fallujah Roads and Bridges Department, Salah Ibrahim, said in a statement to Shafaq News Agency, "the bridge [inaugurated today] was referred to a company affiliated to the Ministry of Construction in 2005 and the work stopped in 2008 for financial reasons."

"The project was then withdrawn from the company and handed to another, but due to the ISIS occupation of al-Anbar, the work on the project stopped. However, it was resumed later in 2017 after the liberation."

For his part, the Director-General of the Roads and Bridges Department at the Ministry of Construction, Hussein Jassem Kadhem, said that the 648-meters-long bridge cost 32 billion dinars.

He added, "The bridge is one of the most important and biggest achievements of the Ministry of Construction. Its importance lies in linking east Fallujah to its west. It will also serve as a corridor for heavy shipments heading from the capital, Baghdad, towards the western regions, and vice versa."

"The bridge will allow drivers commuting from Baghdad towards the western regions to bypass Fallujah, which contributes to relieving the traffic jam inside the city."