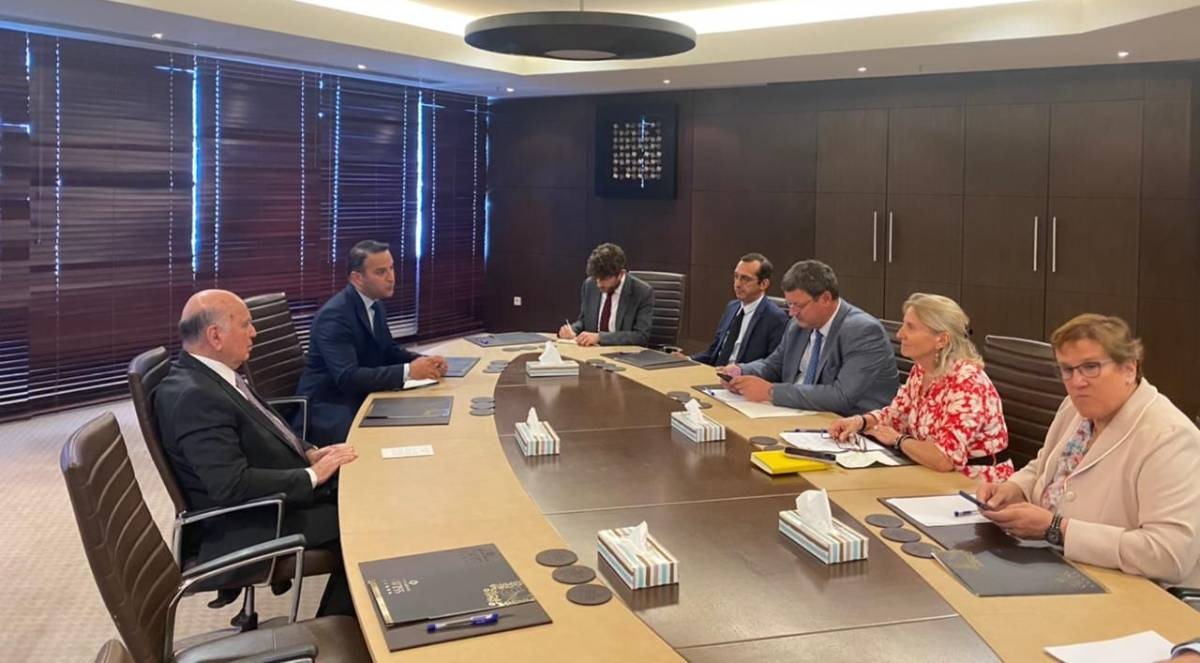 A statement by the Ministry said that the two sides discussed bilateral relations between Iraq and France, as well as the current international efforts to support Iraq.

Hussein stressed that cooperation between Baghdad and Paris is at its best in all fields, and expressed appreciation for the humane and military support France provided for Iraq to win its war against terrorism.

The Minister noted that Iraq has entered the reconstruction phase, and families are going back to their homes, pointing out that Iraq always seeks to benefit from other countries' investments and experience in building infrastructure.

The two sides discussed Iraq's economic reforms and policies to face the repercussions of climate change.

For her part, Duranton laid emphasis on the need to strengthen ties between Paris and Baghdad, stressing the importance of respecting the outcomes of the Baghdad forum for partnership and cooperation, and her country's full support for Iraq's policies to face climate change.

Iraq's MoFA meets with his Iranian counterpart in Tehran