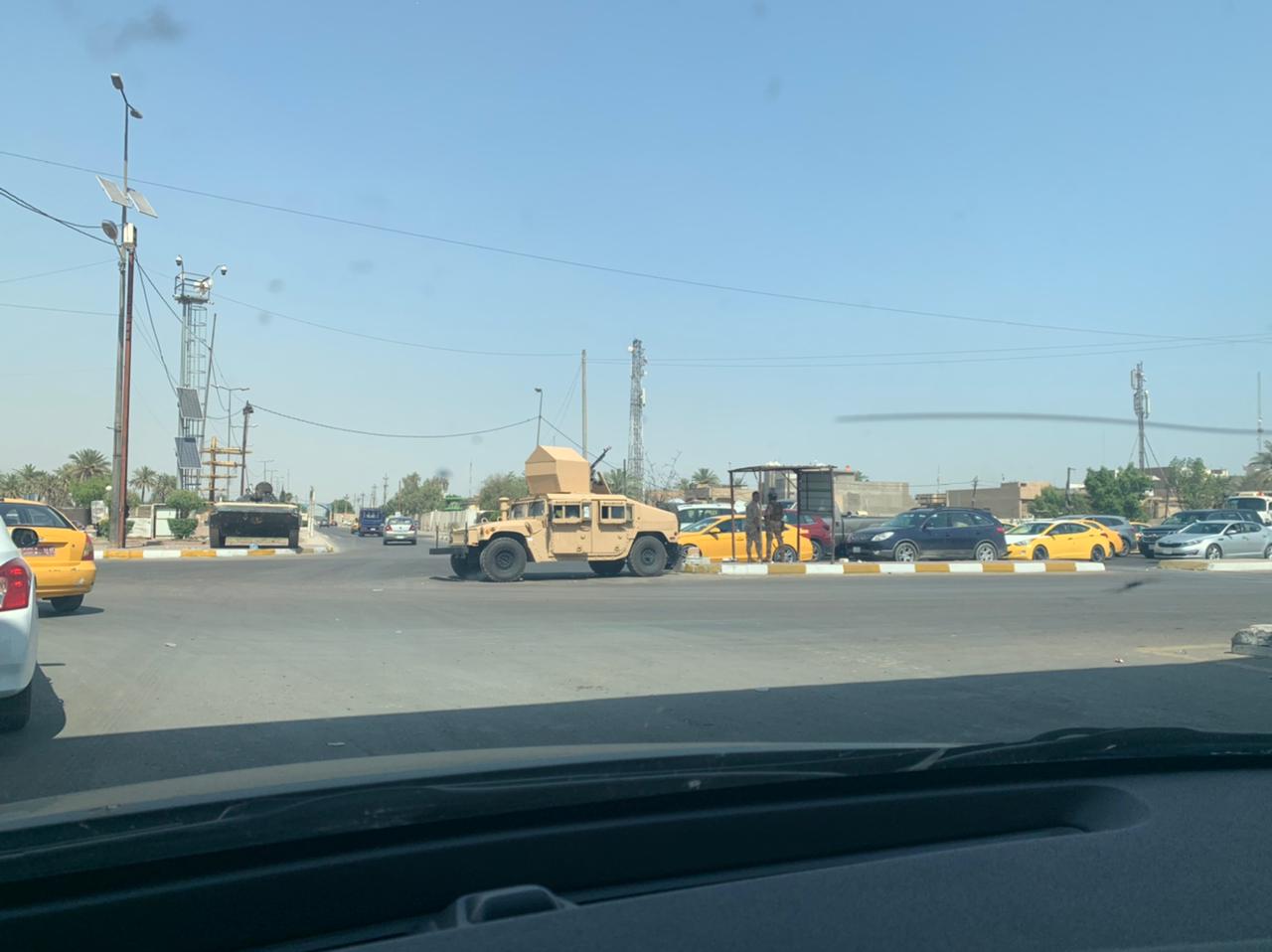 Shafaq News/ The Baghdad Operations Command deployed military vehicles affiliated with the Iraqi Army near al-Dawra refinery in the south of the Iraqi capital, Baghdad.

Security authorities reopened roads in the Iraqi capital, Baghdad, in conjunction with further deployment of military units, a source said.

The tension culminated in Baghdad between al-Hashd al-Shaabi (Popular Mobilization Forces-PMF) and the Iraqi security authorities when the latter apprehended a PMF commander over charges related to terrorism.

The source told Shafaq News Agency that 40 checkpoints in Abu Ghreib district were reopened after closing them in the security measure that swept the Iraqi capital, indicating that al-Khadraa entrance is now fully patent for traffic movement.

The source said that the security situation in the capital is "Good", hinting at the gradual retreat of the security forces from the sites it were deployed at.

The convoys' deployment in Baghdad was approved by Baghdad's Operations Command, according to the same source.