McKenzie to al-Kadhimi: reducing U.S. military representation will not affect the strategic ties with Iraq 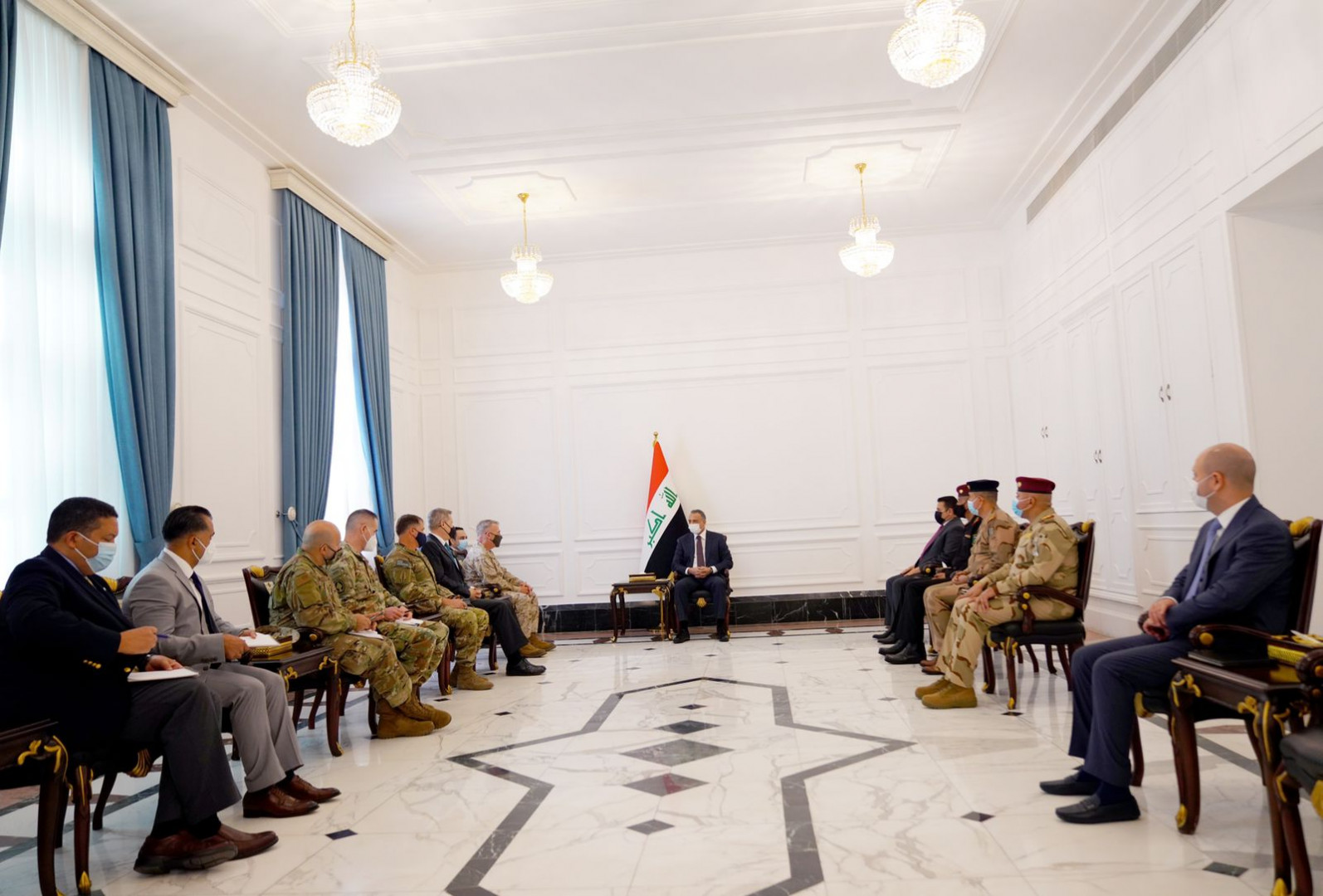 Shafaq News/ The Iraqi Prime Minister, Mustafa al-Kadhimi, held on Thursday a meeting with a U.S. military delegation headed by the Commander of the U.S. Central Command, General Keneth McKenzie, along with the U.S. ambassador to Baghdad, Matthew Tueller.

According to a readout issued by his office, the Iraqi Prime Minister laid emphasis on joining efforts against terrorism and extremism, asserting Iraq's pride in the victory it achieved by conquering one of the foremost terrorist organizations in modern history.

Al-Kadhimi deemed the support Iraq received from its "brothers and friends" a "crucial factor of the victory" and boosting the military capabilities of the Iraq security forces, which enabled the transition of the relation with the Global Coalition toward terminating the combat mission.

For his part, General McKenzie commended the sustainable development of the combat skills of the Iraqi security forces and its capacity to carry out the combat missions against the terrorist organizations with courage and competency.

The commander of the U.S. Central Command asserted that downsizing the U.S. presence will not weaken its commitment toward the wider strategic ties with Iraq in politics, economics, security, and culture, pursuant to the strategic dialogue outcomes.

According to al-Kadhimi's office, the Iraqi technical military committee will convene with its U.S. counterpart to execute the remaining items of the U.S.-Iraqi strategic dialogue communique, particularly the conclusion of the combat mission of the U.S. troops in Iraq after reducing the level of the military representation of the Global Coalition's command in correspondence with the requirements of its new non-combat mission.