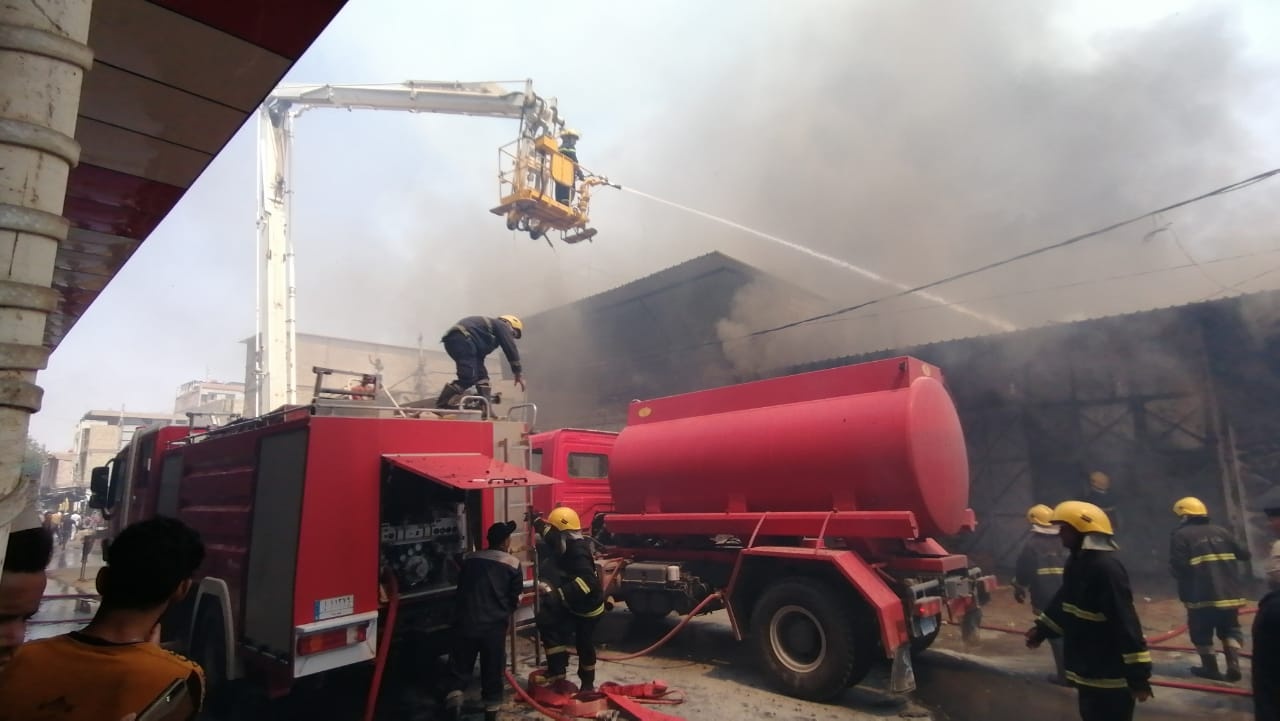 Shafaq News/ A massive fire erupted in a shopping compound and adjacent buildings on Tuesday in Najaf.

The Directorate of Civil Defense said that its teams are sparing no effort to contain the flames that engulfed stores, a mall, a school, and an under-construction building in Najaf center, indicating that supportive squads from Babel and al-Diwaniyah.

A security source told Shafaq News Agency that the firefighting teams successfully extinguished the fire inside the mall, while other teams from al-Diwaniyah and Babel are on their way to support the team in charge.

During summer, and due to the accompanying high weather temperature, fires become frequent in trade and industrial institutes, buildings, as well as government departments causing billions of dinars losses.