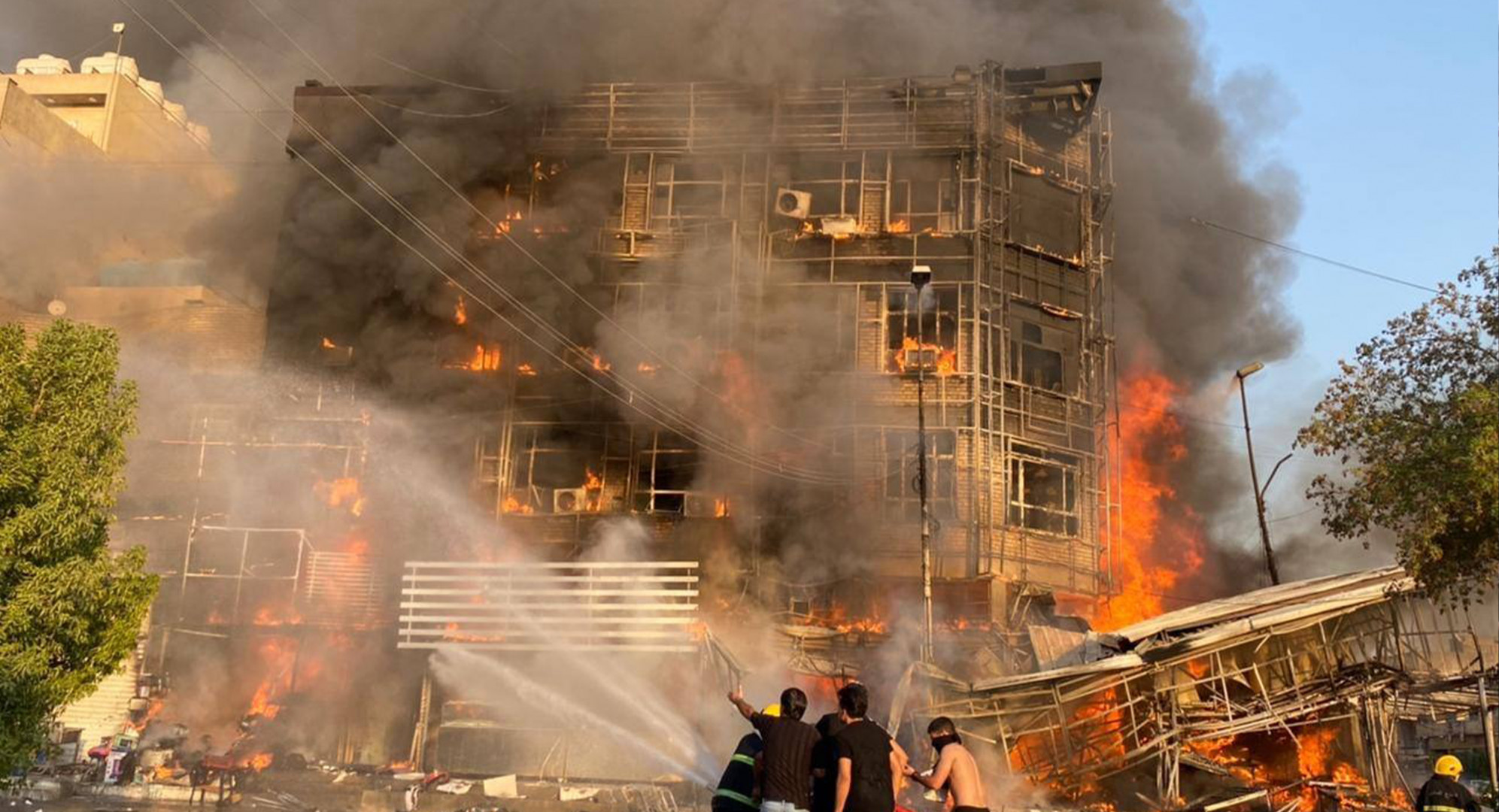 Shafaq News/ A security source in Baghdad reported today that a massive fire broke out in a building in the capital.

The source told Shafaq News Agency that the building where the fire broke out is located in the Palestine Street area near the Turkmen Club, indicating that 15 firefighting teams are trying to control the fire.

Earlier today, a security source told Shafaq News Agency that a person was killed in a fire that broke out in the Karrada area in Baghdad.