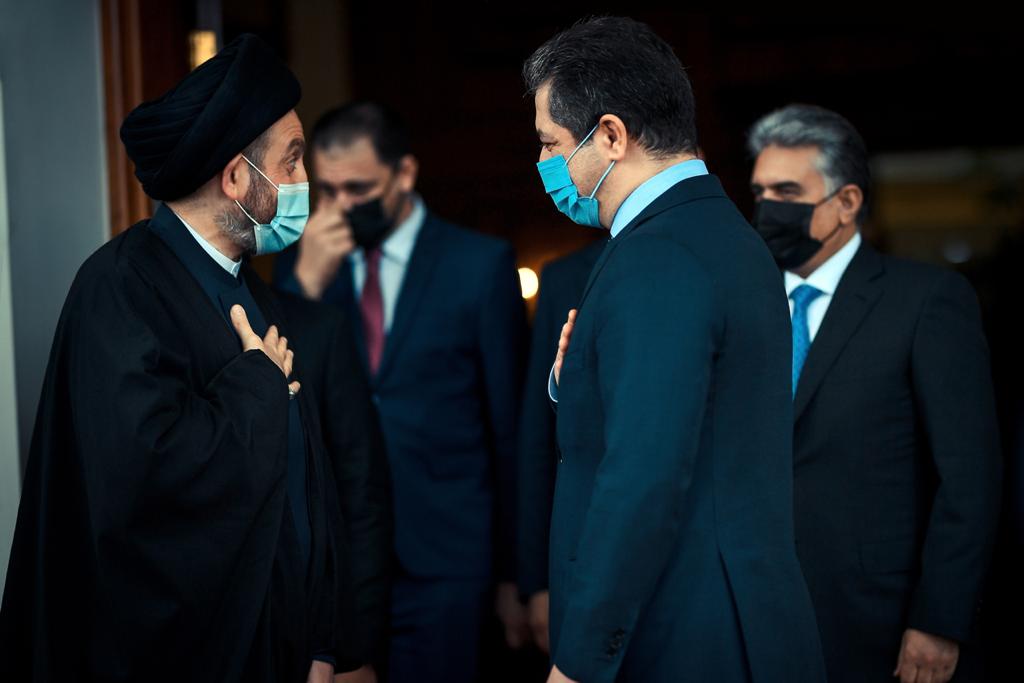 Shafaq News/ The Prime Minister of Kurdistan Regional Government, Masrour Barzani, said on Sunday that the region is looking for a radical solution to the differences with the Federal Government, emphasizing at the same time Kurdistan's constitutional rights.

Barzani's statements came during his meeting with the head of the National Wisdom Movement and the coalition of "Iraqiun", Ammar al-Hakim, according to a statement issued by the Regional Government.

The meeting discussed, according to the statement, the latest developments in the situation in Iraq and the relations between the Regional and the federal governments.

Al-Hakim stressed, "we consider the Kurdistan Region to be our friend and ally. The constitution must be the decisive factor in solving the outstanding problems between the regional government and the federal government."

He added, "We support the agreement reached between the regional government and the federal government regarding the general budget for Iraq for 2021," adding, "we hope that the vote on the draft budget will take place in the Council of Representatives."

The Regional Prime Minister underscored the region's openness to radical solutions if those solutions secure the constitutional rights and entitlements of the Kurdistan Region, preserves its entity, and takes into account its federal privacy while respecting the principles of partnership, balance, and consensus.