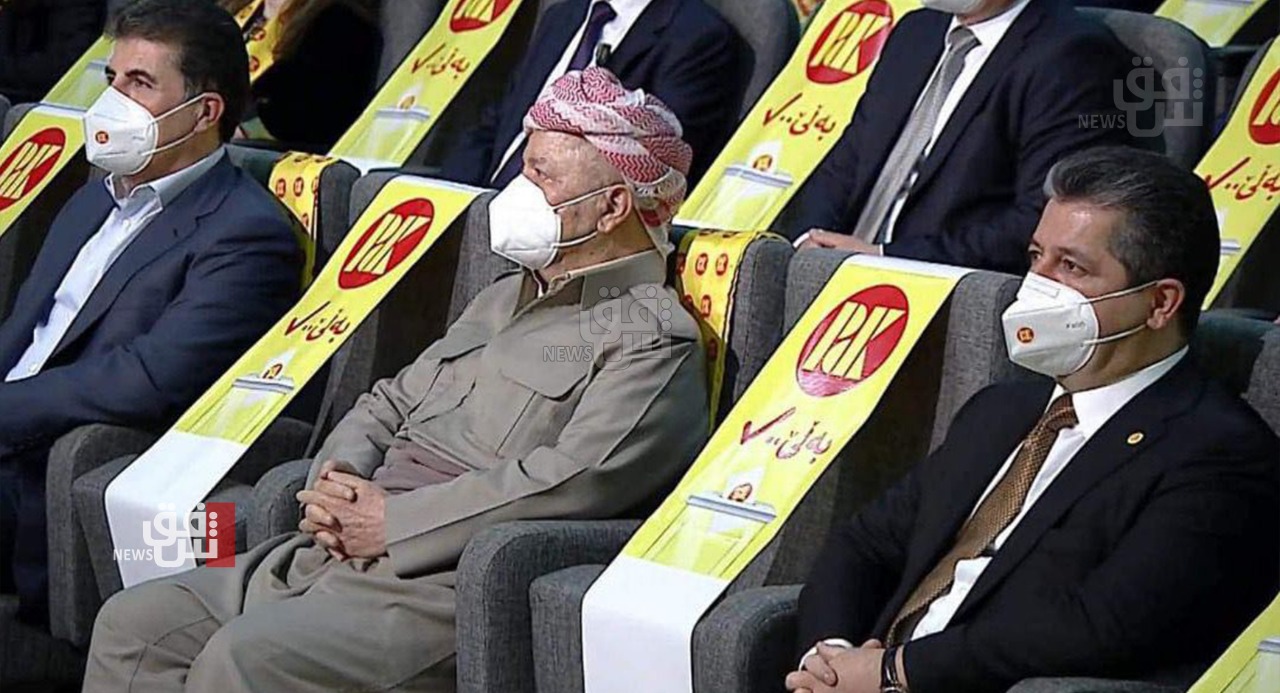 Shafaq News/ The Kurdistan Democratic Party (KDP) launched on Saturday its campaign for the Iraqi parliament's fifth electoral cycle scheduled to take place in less than a month.

The campaign's launch was announced in a ceremony held in the capital city of the Kurdistan region, Erbil, under the auspices of the KDP President, Kurdish leader Masoud Barzani, his deputy President of the Region Nechirvan Barzani, and Kurdistan's Prime Minister Masrour Barzani.

In a speech he delivered on the sidelines of the campaign's launch, Masoud Barzani said, "on this sacred day, we gather to launch the election campaign, announce the roster of the candidates."

"Only a few months are ahead of the elections. We already have our remarks regarding the electoral law and the unfair distribution of the seats in each constituent without an official census. "Even though it does not do justice, we will participate in the elections for the public interest."

"We aspire for transparent elections with no fraud. Those are the aspirations of the United Nations too."

"In the past elections, KDP was number one in all Iraq, not only in the Kurdistan Region," he said, "thanks for the efforts of its leaders and members. We hope it remains the number one party in those elections too."

The head of the party urged his proponents to participate in those "crucial" elections, "maintain the security and stability of the campaign, and refrain from defamation and provocation."

"We hope that all the parties inside Kurdistan conduct an introspective review. Instead of undermining each other, we shall join hands."

"As for Iraq, we hope we can address the outstanding issues between Baghdad and Erbil. This is the time for radical solutions for those issues."

"The budget is not our concern. The Budget is a right for everyone. Our concern is partnership. There is no partnership in this country anymore."

For his part, the secretary of KDP's politburo, Fadhel Mirani, said in a speech he delivered on the occasion, "we chose this date, September 11, to launch the campaign for it coincides with the anniversary of the September revolution. We cannot ignore commemorating that revolution."

"The reality we are living at the moment is a product of that revolution. Back then, the immortal Barzani established a committee to discuss federalism with Baghdad."

Addressing the party's candidates, Mirani called for abiding with the KDP's values regarding democracy, human rights, and women's rights, to live up to its level.

UK's Chief of DSAME: we will remain a friendly force for Iraq and Kurdistan