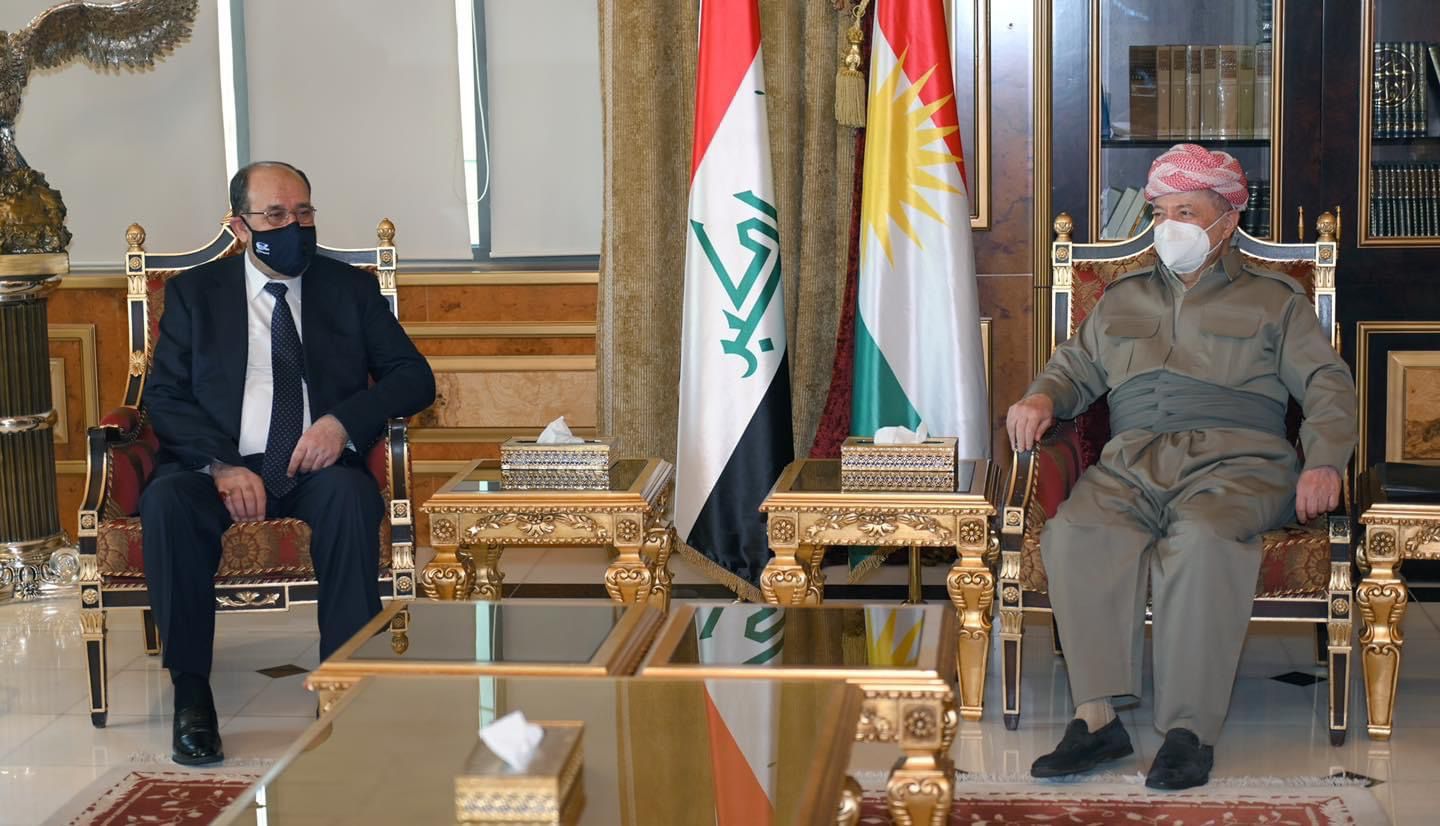 Shafaq News/ Kurdish leader Masoud Barzani and the head of the State of Law Coalition, Nuri al-Maliki, stressed on Wednesday the necessity of holding legislative elections in Iraq on their scheduled date, the tenth of next October.

Leader Barzani met on Wednesday with Al-Maliki and his accompanying in Saladin where they discussed the political situation and challenges in Iraq and the Region in addition to the threats of terrorism.

Both sides also confirmed that the upcoming elections in Iraq pave the way to achieve stability of the political process.

They also stressed the need to hold fair, free, and fair elections that all parties should respect their results.

The head of the State of Law coalition, Nuri al-Maliki, arrived today in the city of Erbil to hold a meeting with officials including the Leader Masoud Barzani and the President of Kurdistan Region, Nechirvan Barzani.

UK's Chief of DSAME: we will remain a friendly force for Iraq and Kurdistan