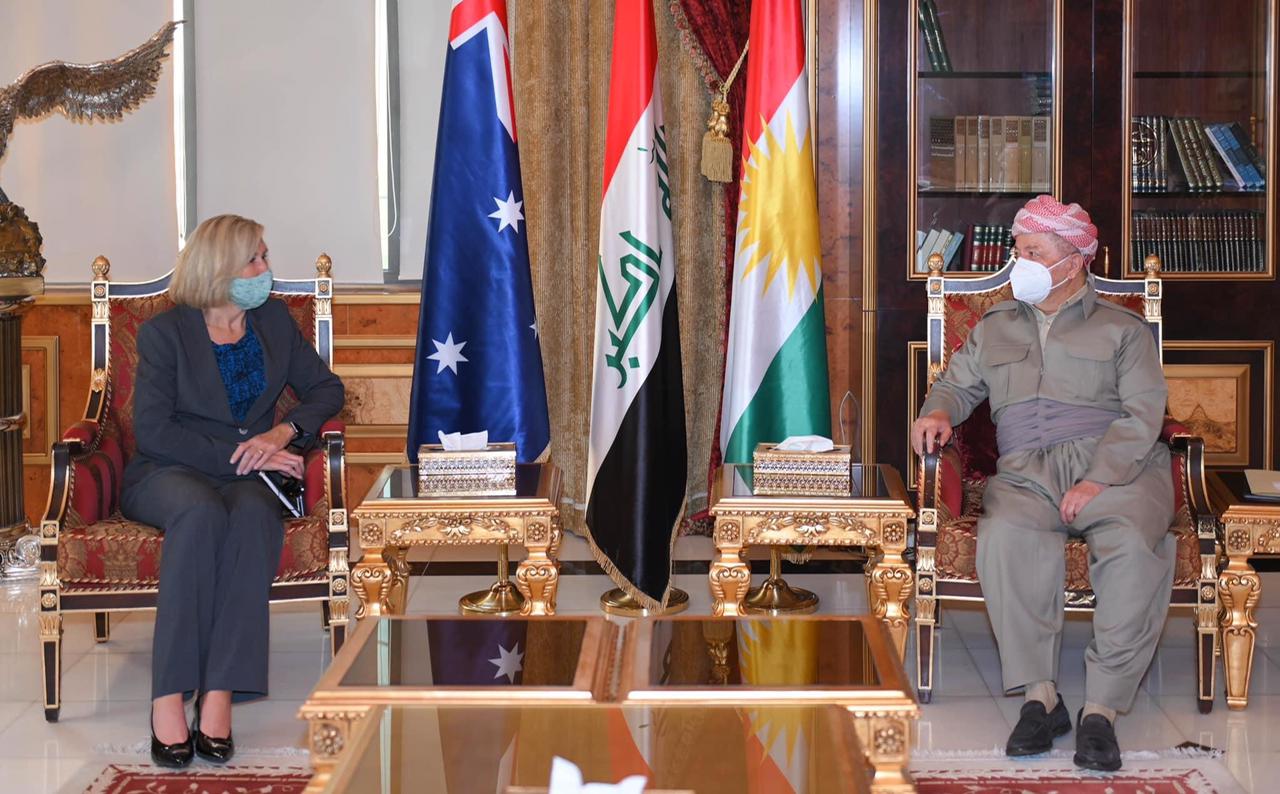 the media office of Barzani said in a statement the two sides discussed the political situation in Iraq and the region, the threats and challenges facing the Iraqi political process and ways to achieve political stability in Iraq.

For his part, the Kurdish leader thanked the Australian people and government for helping Iraq overcoming difficulties, as well as participating in the fight against terrorism within the framework of the Global Coalition.

The meeting highlighted the dangers of the terrorism, and stressed the necessity to eliminate all the factors that help ISIS in locating..