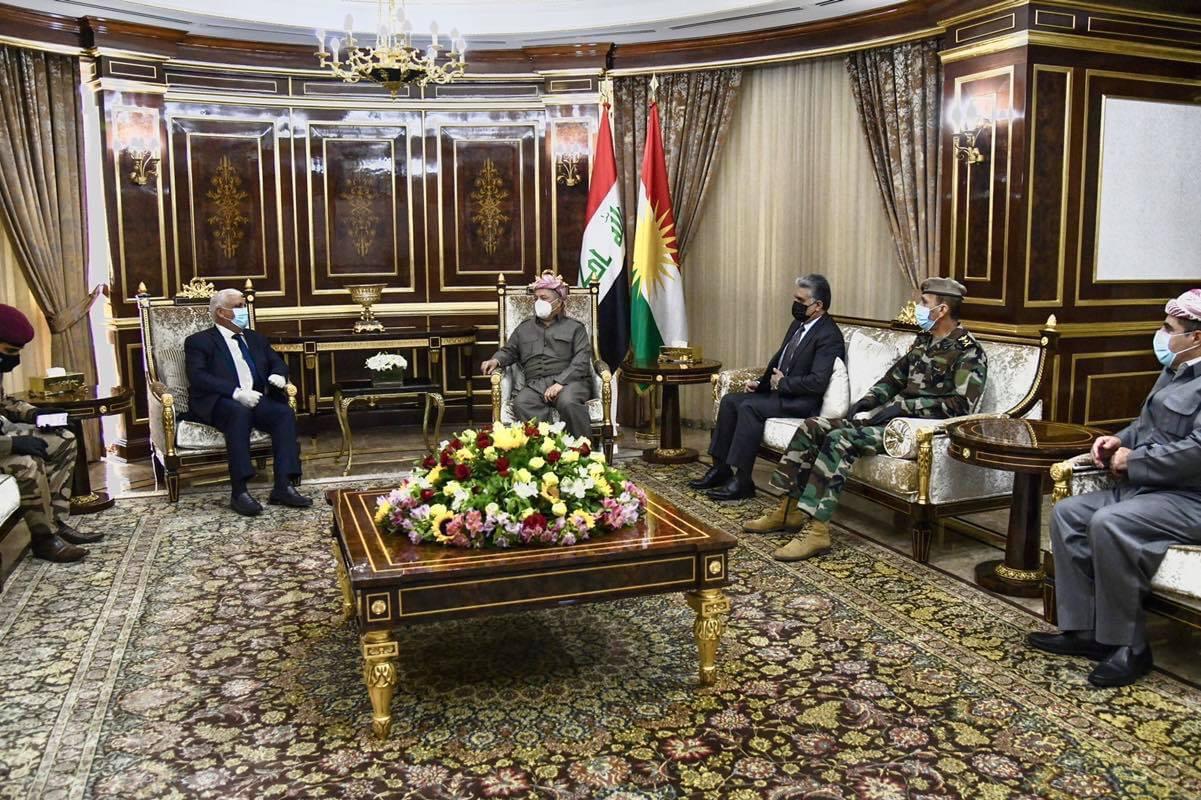 Shafaq News / The Kurdish leader, Masoud Barzani, discussed with the head of Al-Hashd Al-Shaabi, Faleh al-Fayyad, the latest developments in the security and political situation.

Barzani's office said in a statement received by Shafaq News agency, "the meeting discussed current challenges and security threats to the stability of Iraq and the region and exchanged views on the security coordination and joint work for the Kurdistan Region with the federal government".

The two sides also emphasized, "the need to take serious steps to normalize the situation in the areas covered by the constitutional article 140".

Barzani reiterated his assertion of "the political process in Iraq" and declared that, "the stability of Iraq is a concern for Kurdistan Region".

Leader Barzani receives the US ambassador to Baghdad