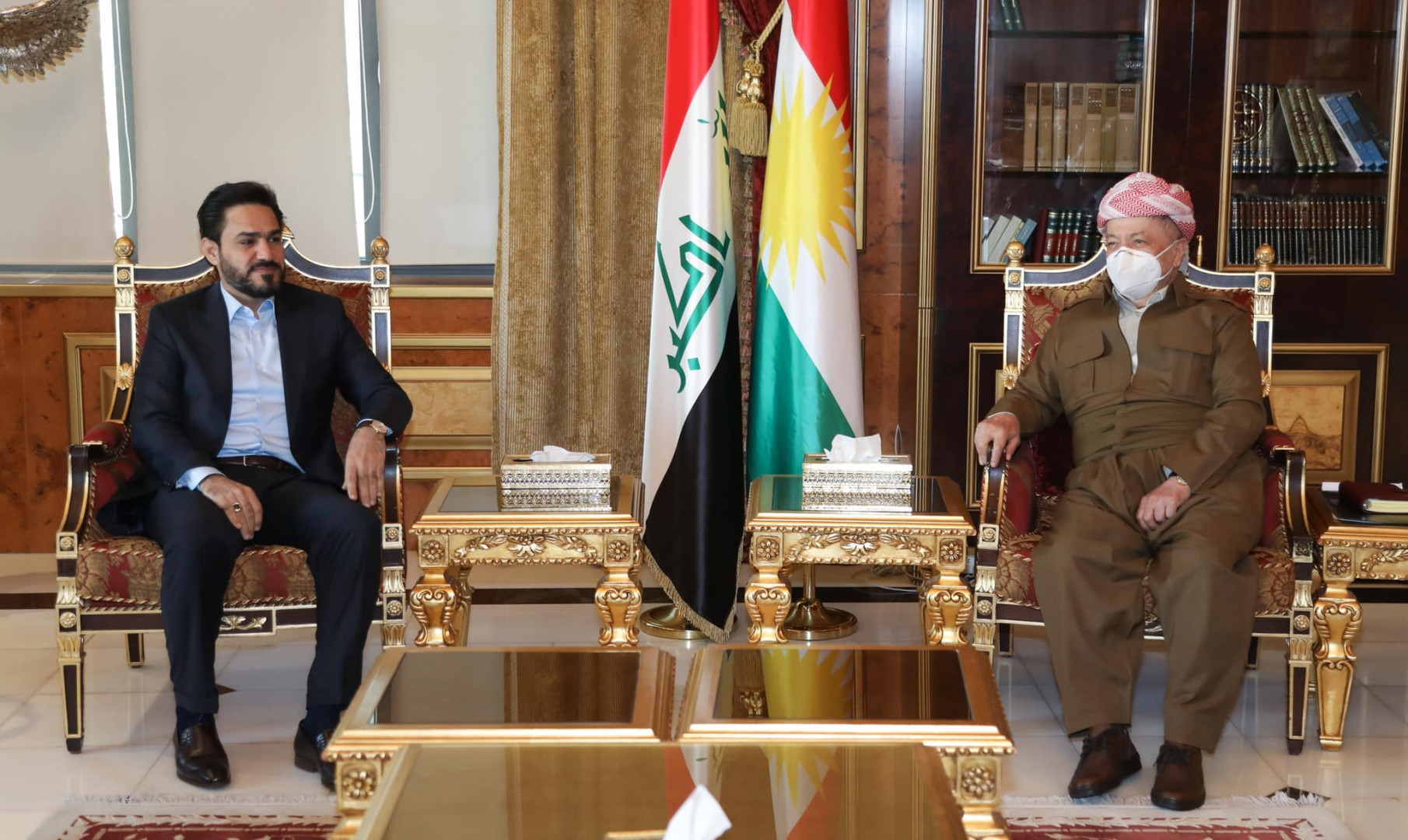 According to a readout issued by the Barzani headquarters, the meeting shed light upon the political situation in Iraq, the election results, the preparations ahead of the parliament's first session, and the anticipated government.

The attendees laid emphasis on pursuing the efforts to commence a new phase of the political process in Iraq, overcome the challenges, meet the demands of the different components of Iraq, and address the differences between Baghdad and Erbil.

Al-Azzari arrived in the capital of the Kurdistan Region, Erbil, flanked by a high-level delegation from the Sadrist movement led by the Populist Shiite Cleric Muqtada al-Sadr.

Al-Sadr's bloc led in many of Iraq's 19 governorates secured 73 seats in the legislative election held on October 10. Observers believe that the Sadrist movement's tally of seats has increased to more than 80 seats after attracting smaller blocs and independent MPs.

On the other hand, the KDP was the leading Kurdish party with 34 seats.

Sadrist movement will not share power, inside source said