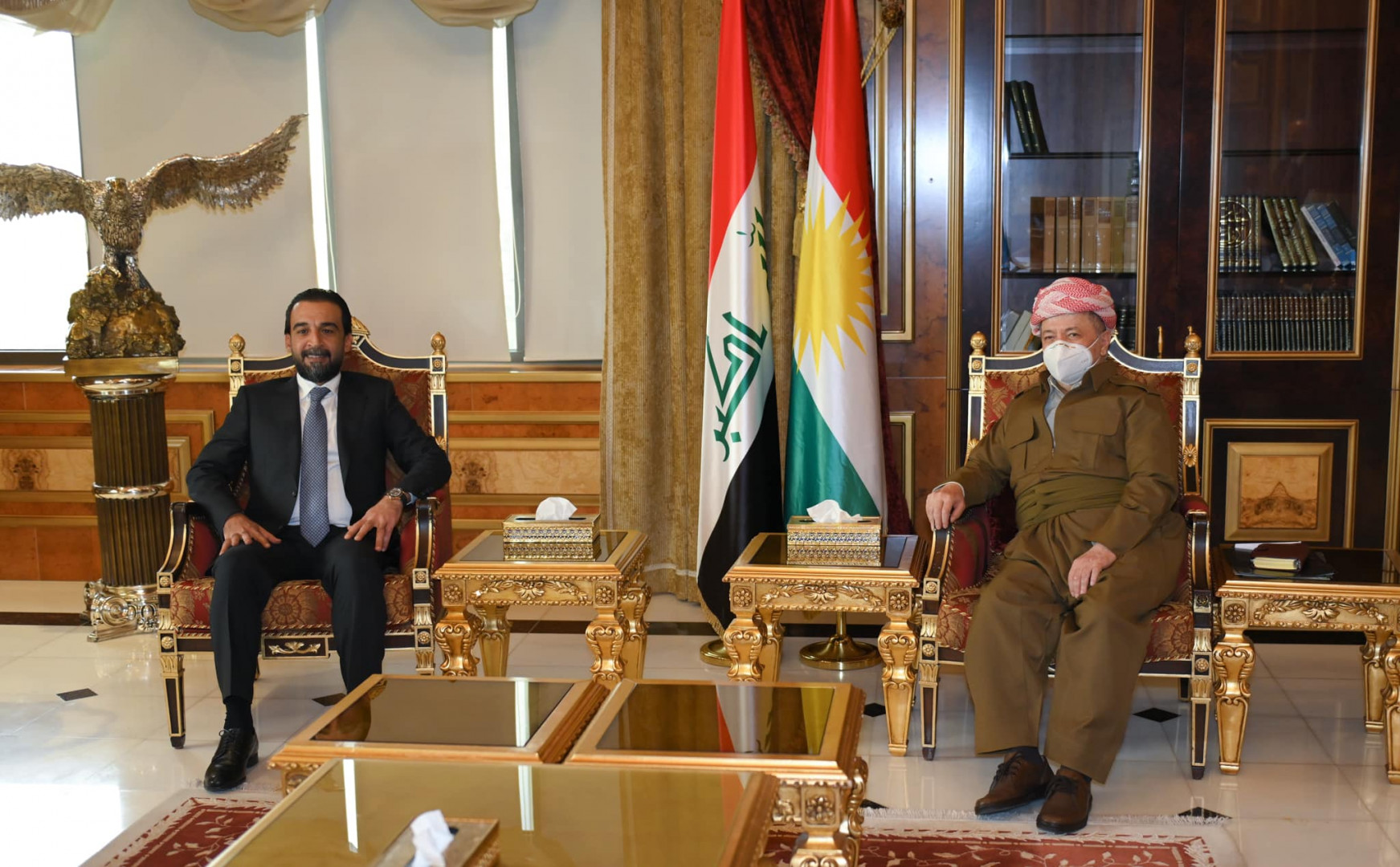 Shafaq News/ The head of the Kurdistan Democratic Party, Masoud Barzani, received on Tuesday the head of al-Taqaddom bloc, Mohammad al-Halboosi, and his accompanying delegation in Saladin resort, northeast the capital of the Kurdistan Region, Erbil.

According to a readout issued by the Barzani headquarters, the speaker of the outgoing Iraqi parliament extended condolences to the families of the Peshmarga fighters who perished in ISIS recent attacks a few days ago.

The meeting touched upon the political situation, the results of the Iraqi parliamentary election, and efforts of the political parties to form a new federal government.

The attendees laid emphasis on the vitality of "partnership, balance, and governance reforms to help Iraq overcome the challenges and crises."

This morning, al-Halboosi met with the President of the Kurdistan Region, Nechirvan Barzani, and discussed wide range of topics, including the latest developments in the war on terrorism and the recent threats and assaults of ISIS, especially in areas with security vacuum between the Iraqi army and the Peshmarga forces, where a large number of people lost their lives recently, including several members of the Iraqi Army, the Peshmarga forces and also innocent civilians.

Al-Halboosi and his accompanying delegation arrived in Erbil this morning to discuss the recent updates on the political and security situation in Iraq, the formation of the upcountry federal government, Baghdad-Erbil outstanding issues, and a spectrum of other issues of mutual interest.

The Kurdistan Democratic Party (KDP) said on Tuesday morning that delegations representing political parties and forces will flock into the capital of the Kurdistan Region to delibrate with the Kurdish leader Masoud Barzani the mechanisms of forming the upcoming government.

Mohammad said that the government shall be inclusive to all the political parties and work in accordance with a predetermined agenda.

"For the Kurdistan Region, the new government's agenda shall prioritize the full, not selective, implementation of the constitution and addressing the long-standing differences between Baghdad and Erbil," he said.