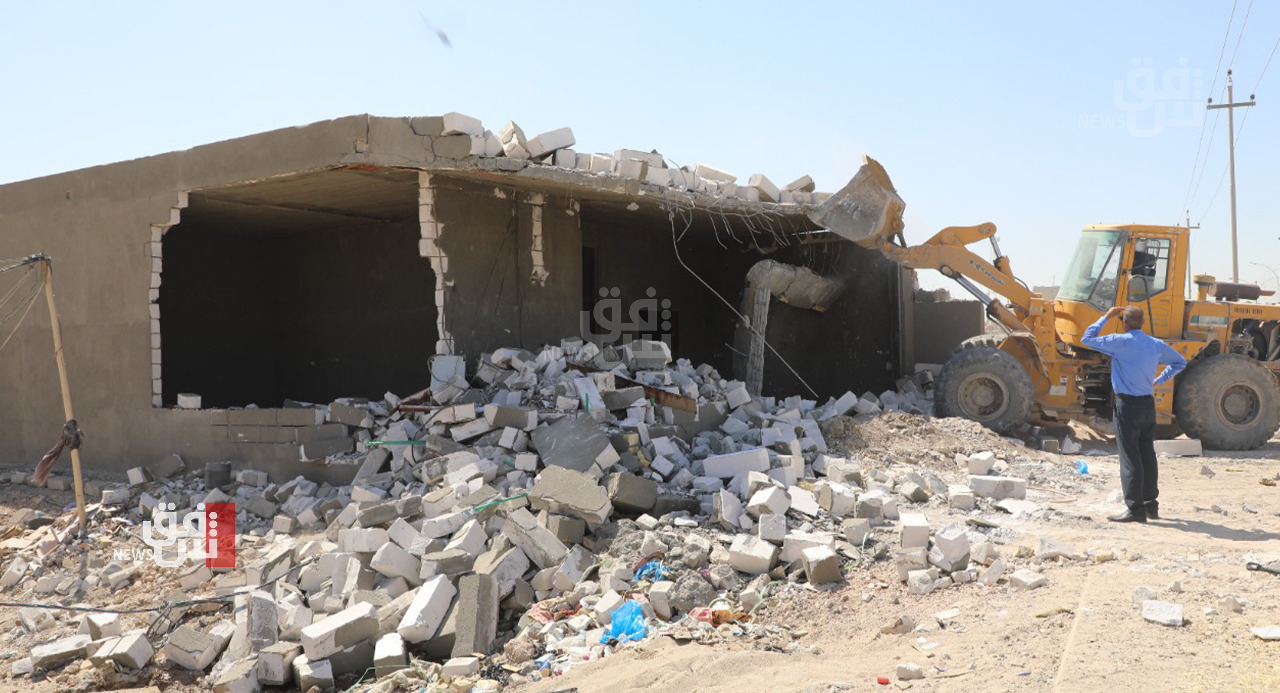 Shafaq News/ The Deputy Commissioner of Nasiriyah district, Mounir al-Bakkaa, announced on Sunday the outcomes of the first day of the "Martyr Abir campaign" to remove the unauthorized establishments built on public land.

The Iraqi Prime Minister, Mustafa al-Kadhimi, launched the campaign after the assassination of the head of Karbala municipality, Abir Salim Naser, in public for leading efforts to counter the phenomenon of unauthorized construction in the city.

Al-Bakkaa said that the campaign he is supervising does not have a deadline, indicating that a shopping center, a farm, and many shops have been removed on the first day.

"The campaign's aim is clear. Remove all the violations to the urban planning that blocks the completion of projects," he continued, "the campaign will then target properties built on lands that belong to other owners."