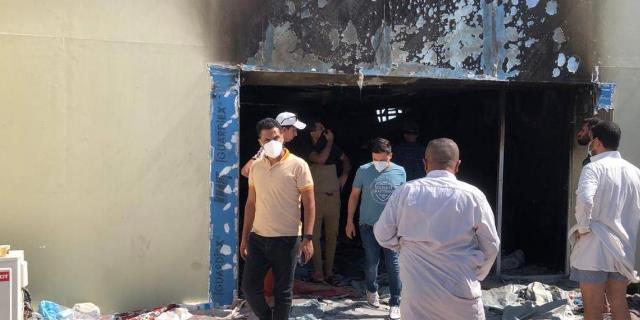 Shafaq News/ A member of the Parliamentary Committee for Human Rights pledged to "speak a word of truth" in the Parliament hall in the aftermath of the Imam Hussein Learning Hospital calamity that took place late last night, July 12, in the south of Iraq.

"What happened, and still happens, one misstep after another in Nasiriyah and other cities is clear evidence for the failure of the current and previous governments."

"It is a product of a chronic neglect and a flagrant violation of human rights," she stressed, "we will have a word of truth in the hall of the Parliament."

The Parliament Speaker, Muhammad Al-Halboosi, converted the session scheduled for today to a deliberative session to discuss the aftermath of the Imam Hussein Hospital tragedy.

In April, a similar incident took place in the Ebn Khatib hospital, a specialized center for COVID-19 in Baghdad, in dozens passed away.