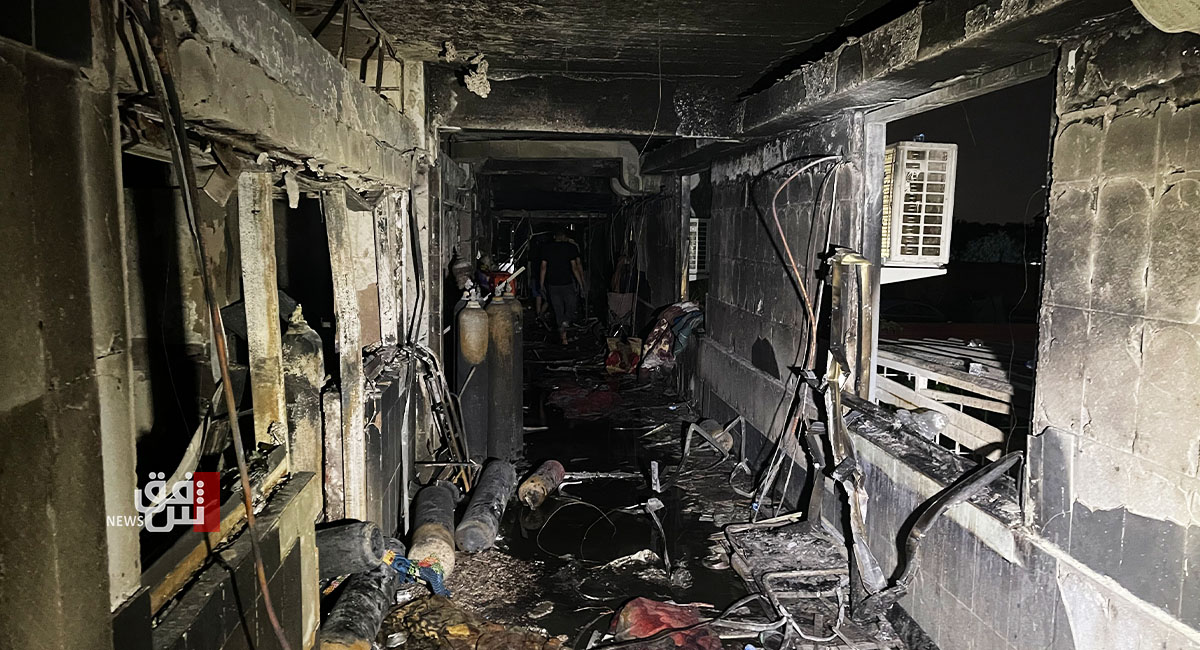 Shafaq News/ A member of the Parliamentary Committee for Monitoring the implementation of the Government Program and Strategic planning undermined the government measures in the aftermath of the Ibn Khatib tragedy, hinting at attempts to whitewash the negligence of the Ministries of Interior and Health.

Committee Member, Mona el-Ghorabi, said in a press conference held today, Monday, in the Parliament headquarters, "the approach towards the disaster of Ibn Khatib hospital was quite moody, emotional, and even electoral, without accounting for the magnitude of the calamity."

"When six patients passed away from Oxygen outage in a Jordanian hospital, the Minister of Health and senior officials in the Ministry were ousted. However, in Iraq, they try to circumvent the calamity and exonerate the Government, the Ministries of Health and Interior particularly, from negligence."

"Some justifications and decisions do not match the level of the calamity," she said, referring to "suspending a minister and forming an investigation committee headed by another. These decisions can only be viewed as procrastination."

"The Parliamentary report on the tragedy of Ibn Khatib hospital address the issue superficially and call things by their names. The report was an overview. It did not provide a real Direct cause for this calamity."

El-Ghorabi called the Legislative and Executive authorities to "deepen the investigation and refrain from stalling like in previous Investigative committees. We shall overcome all the titles and courtesies and hold those involved liable, whatever their positions are and whoever supports them."

The Fire sparked by an Oxygen tank explosion in Ibn Khatib hospital in Baghdad that has been equipped to house COVID-19 patients resulted in 88 deaths and 110 injuries.

In the aftermath of the incident, PM Mustafa al-Kadhimi suspended the Minister of Health and Environment, Baghdad's Governor, and the Health Director of al-Rusafa/Baghdad.

In the same context, the Supreme Judicial Council issued an apprehension order against the director of Ibn Khatib hospital among other employees in the hospital.

Parliamentary Fact-finding committee voices reservations on el-Ghanmi chairing the Ministerial investigation, hinting at the negligence of the Ministry of Interior in the same case file.