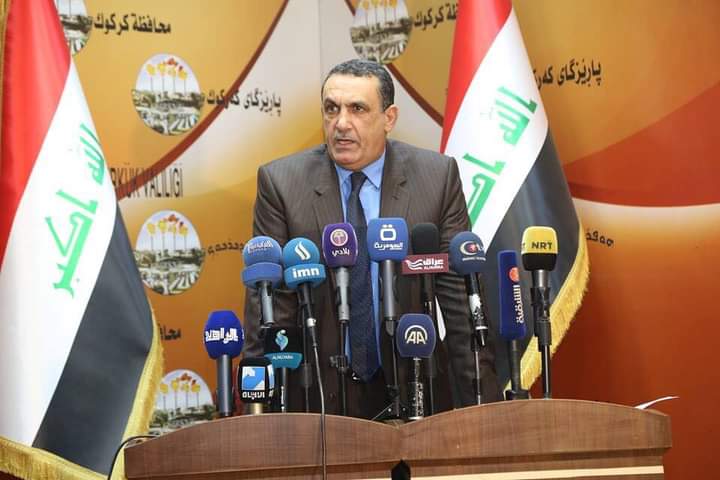 Shafaq News / A MP of the Patriotic Union of Kurdistan, Jamal Muhammad Shakour, called on the Iraqi government to intervene immediately to resolve the Kirkuk's governor issue.

Shakour told Shafaq News agency, "It is up to Prime Minister Mustafa Al-Kadhimi and his government to resolve the file of Kirkuk's governor and choose one according to the demographic and electoral conditions, while ensuring the rights of all components in other executive positions."

He added, "the exacerbation of corruption and the discrimination between the components, requires urgent government intervention to put things into perspective and form an executive administration for Kirkuk that guarantees the rights of all components."

He denied reports that official orders had been issued by al-Kadhimi to keep the current acting governor, Rakan al-Jubouri, in his position as governor of Kirkuk.

It is noteworthy that the federal government headed by Haider al-Abadi appointed Rakan Saeed al-Jubouri, a Sunni Arab, as governor of Kirkuk Agency, after dismissing its late governor, Najm al-Din Karim, who is a Kurd, after the events of the Kurdistan Region's independence referendum in the fall of 2017

The Kurds have been complaining for more than three years of administrative and security marginalization, re-Arabization and demographic change in many areas of Kirkuk governorate.

Eight causalities in an explosion in Kirkuk

The Iraqi Minister of health and environment arrives in Kirkuk