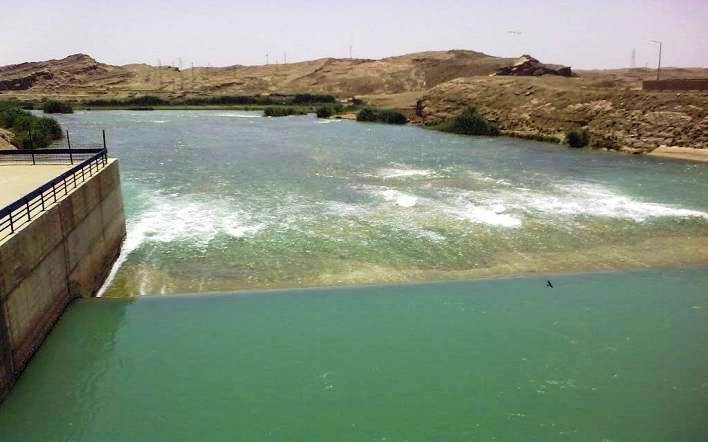 Shafaq News/ Water levels in the dams on Diyala rivers have fallen to a "worrying level" in part due to low rainfall and outflow limitations, the Ministry of Water Resources said.

The spokesman for the Ministry, Awni Dhiab, said in a statement to Shafaq News Agency, "the outflow to Tigris and Euphrates rivers and the water reserves for Iraq are good this year," indicating, "the problem only lies in Diyala governorate due to low rainfall and the limited outflow from the Iranian side."

Hoping that rainfalls improve in the upcoming months, Dhiab said, "low rainfall and limited outflow deterred the reserves in Darbandikhan and Hemrin dams on Diyala rivers."

"The agricultural plan does not include cultivating rice in Diyala," he added, "but corn and other summer crops would be affected."

Rainfalls this winter in Iraq were less than that over the past two years during the same period. This is more prominent in mid-Iraq compared to the eastern territories.