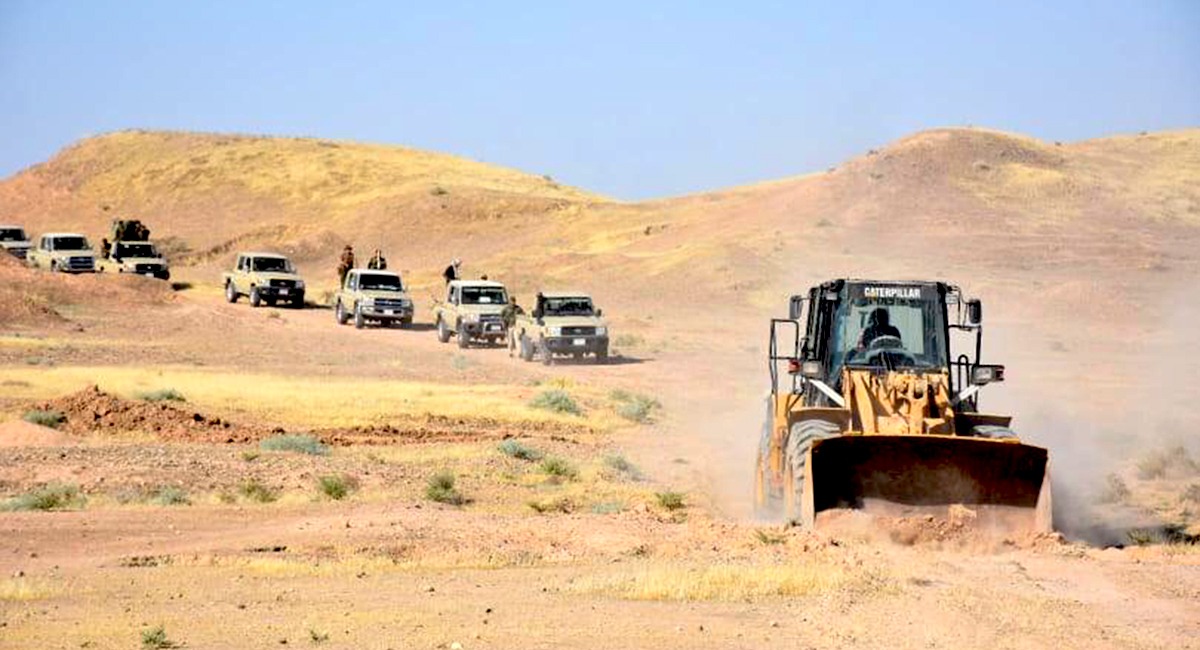 Shafaq News/ The Deputy Governor of Diyala for the Patriotic Union of Kurdistan, Karim Ali Zangana, said on Tuesday that there are loose gaps and paths for ISIS outside the security control in the northeast of the province, calling for an end to the series of kidnapping and intimidation to the people of the border administrative units with other governorates.

Zangana told Shafaq News agency, "All security operations have not succeeded in holding the loose areas, gaps and paths that ISIS members take to export death and kidnapping to administrative units in northeastern Diyala", indicating, "all operations were carried out in the areas adjacent to the borders of the Peshmerga forces, which are 100% safe while leaving gaps and easy paths for ISIS members to implement their plans whenever they want".

"The majority of the northeastern areas of Diyala near Hamrin mountain are devoid of security presence and military points. This made these areas vulnerable to constant terrorist attacks and threats, the most recent of which was Qarah Taba incident last night, during which ISIS operatives managed to kidnap three fish merchants and the injury of a fourth. This poses threats to the life in the sub-district and raises question marks regarding the role of the security and intelligence forces", he continues.

Zangana highlighted, "the apparent security negligence in Qarah Taba and the northeastern regions of Diyala, which prompted the people to rely on themselves for security and protection".

"ISIS is present in the areas adjacent to Hamrin Mountains and carries out its attacks and plans whenever it wants, and the security services must rectify that as soon as possible", he concluded.

Last night, Diyala witnessed four attacks on the regions of Al-Muqdadiya, Al-Saadia, Al-Azim and Qarah Taba; a security failure that the governorate had not witnessed for more than 3 months.