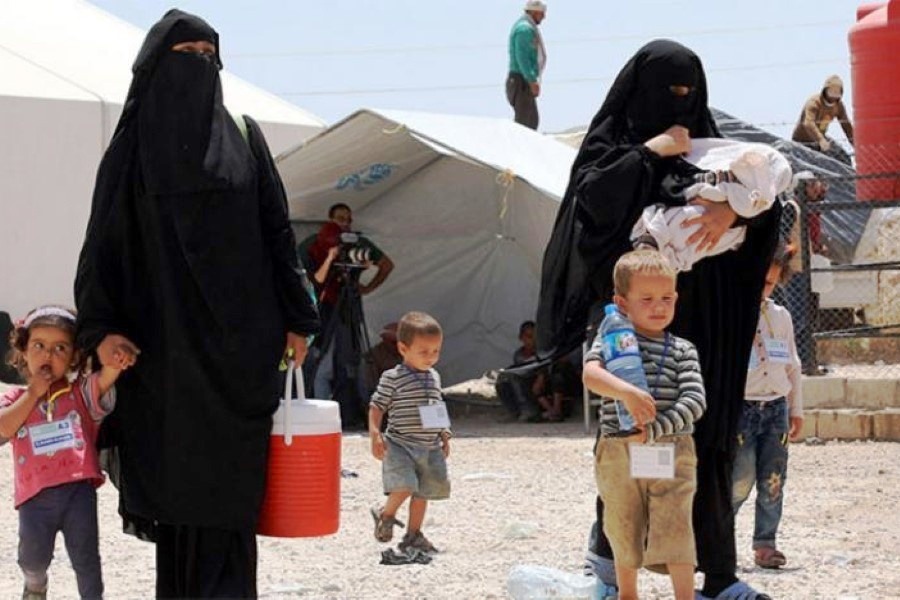 Shafaq News/ Al-Shirqat District Administration, north of Saladin, denied reports about targeting ISIS families to force them to leave the hot areas in the district.

The district's deputy commissioner, Ali al-Jubouri, told Shafaq News Agency, "The presence of ISIS families in al-Shirqat's hot areas, especially the left coast, is limited to women and children, and there are no wanted persons or cooperators with the elements of the organization. They are under the sponsorship of the deputy commissioners and the security and tribal authorities."

Al-Jubouri pointed out that the district administration, the heads of the clans, and the security authorities are working according to effective social programs to reintegrate ISIS families into society."

Al-Jubouri warned that targeting or deporting these families creates new extremist terrorist generations that are more dangerous than the previous ones, and that security, clan, and government institutions are doing their best to immunize ISIS families from poisonous ideas and prevent the recurrence of the tragedies left by terrorist organizations.

The Office of the High Commissioner for Human Rights in Saladin confirmed earlier to Shafaq News Agency, that the file of ISIS families had been resolved.

The office indicated that ISIS families are currently under tribal protection, noting, "the Human Rights Office had an active role in resolving this file in coordination with government, tribal parties, and humanitarian organizations."

Official sources in Saladin confirm that hundreds of ISIS families live in al-Shirqat, Baiji, and remote hotspot areas that were under the influence of extremist groups, most notably ISIS.