Lithuania's MoFA: Iraq was the first responder during the migrants crisis 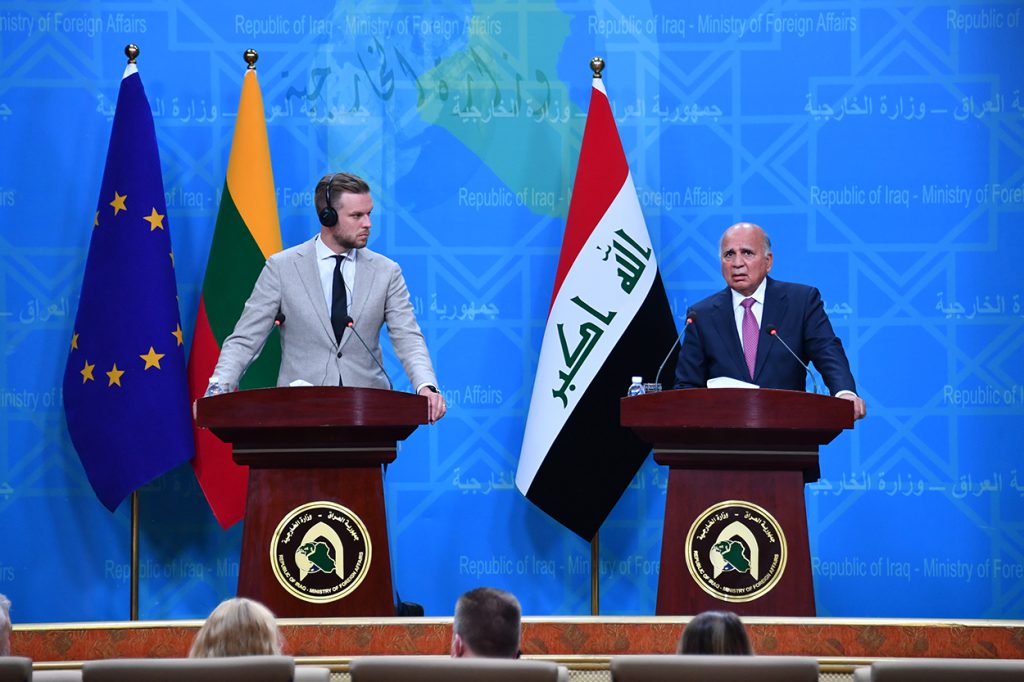 Shafaq News/ Iraq was the first country to halt flights to Belarus at the peak of the migrants' crisis in Europe, Lithuanian Minister of Foreign Affairs (MoFA) Gabrielius Landsbergis said on Sunday.

Gabrielius's remarks came in a joint press conference he held with his Iraqi counterpart, Fuad Hussein, during the former's visit to the Iraqi capital, Baghdad.

"We hope Iraq and Lithuania cooperate to find a solution to the migrants' tragedy by bolstering trust between both countries, which will consequently bolster trust between Iraq and the European Union," Lithuania's top diplomat said, "Iraq is an excellent model for good interaction and building trust."

For his part, Minister Hussein said, "we are on the track of building the diplomatic ties between both countries and developing them. I thank the Lithuanian Minister of Foreign Affairs for his role in helping Iraq at many levels."

Hussein highlighted the huge endeavors to lift Iraq's name from the list of countries at high risk of money laundering and financing terrorism, deeming it a " victory of the Iraqi diplomacy".

The Lithuanian Minister of Foreign Affairs is scheduled to meet with the Iraqi Prime Minister, Mustafa al-Kadhimi, in Baghdad before heading to the Kurdistan Region, Erbil, where he will meet with senior officials there.

EU to aid Lithuania as migrants pour in from Belarus