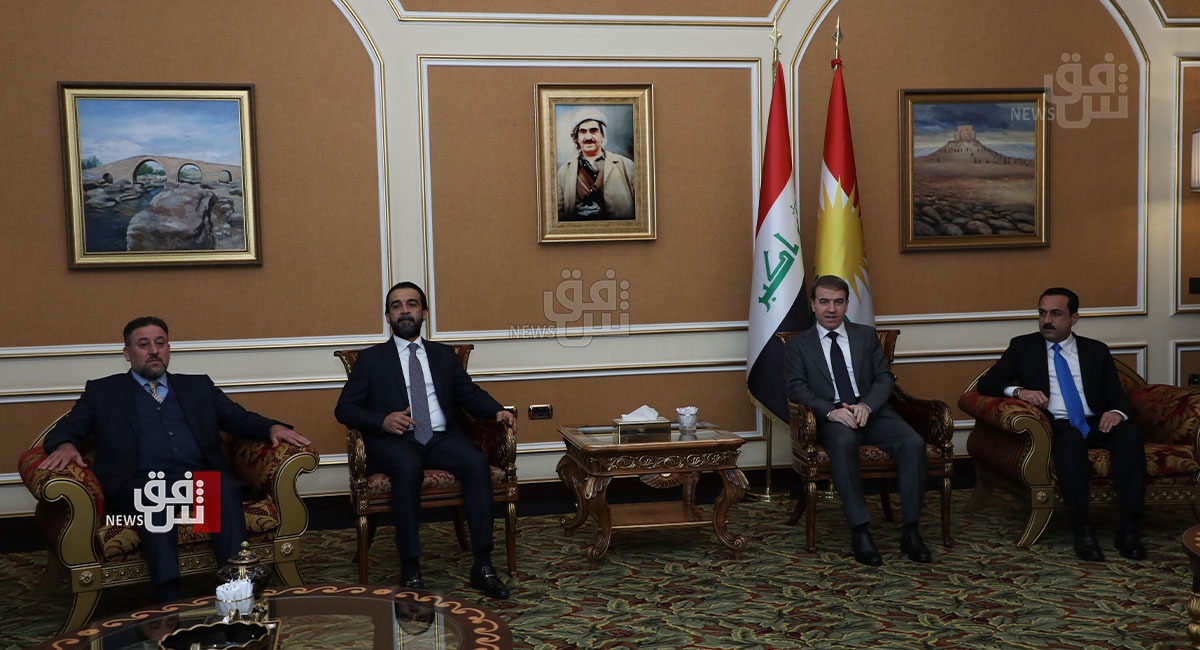 Shafaq News / The headquarters of the Kurdish leader, Masoud Barzani, revealed on Monday that the Homeland Rescue alliance's leaders discussed forming the new Iraqi government and the Sadrist movement's initiative.

The headquarters said in a statement a delegation that includes Parliament Speaker Mohammed al-Halboosi, Khamis al-Khanjar, and Hasan al-Athari, had arrived in Erbil today.

The statement added that the delegation met leader Barzani and discussed with him the latest political developments in the country and the Sadrist movement's initiative.

Yesterday, a source from al-Siyada coalition revealed that the Homeland Rescue alliance will meet in Erbil to discuss the current political impasse.

Earlier, the Coordination Framework launched a 9-point initiative, while the Sadrist movement called on independent MPs to ally and form the government.

Leader Barzani receives the US ambassador to Baghdad