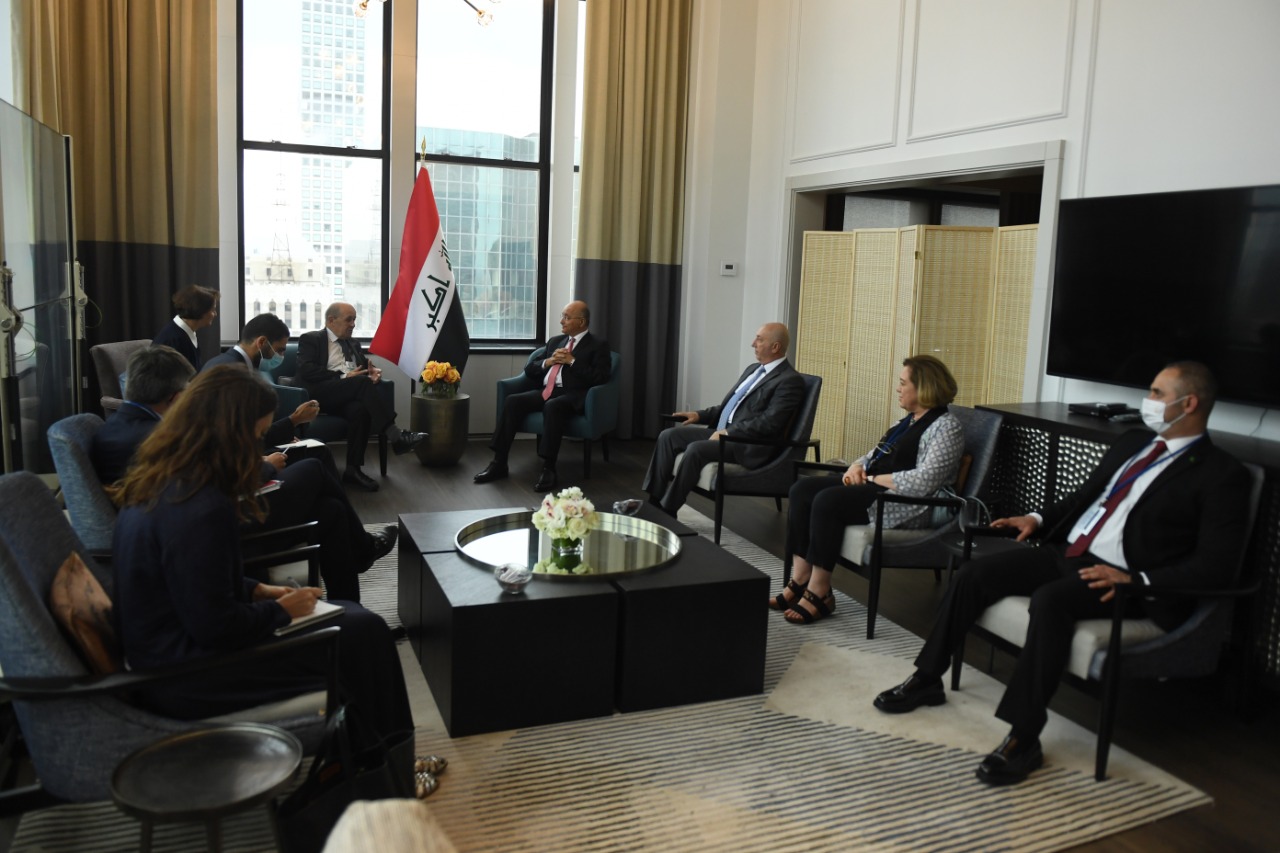 Le Drian tweeted today, "After the Baghdad conference on August 28 and the ministerial meeting in New York on September 21, I reiterated France's support for Iraq and the regional dialogue."

Iraq has become an arena for conflicting parties, including Iran, the US, Israel, and Gulf countries.

These meetings came months after Iran and Saudi Arabia resumed direct talks in Iraq, which helped defuse the escalating tension in the Middle East.

Iraq's President and PM call for dialogue, or "the fire would burn everyone"