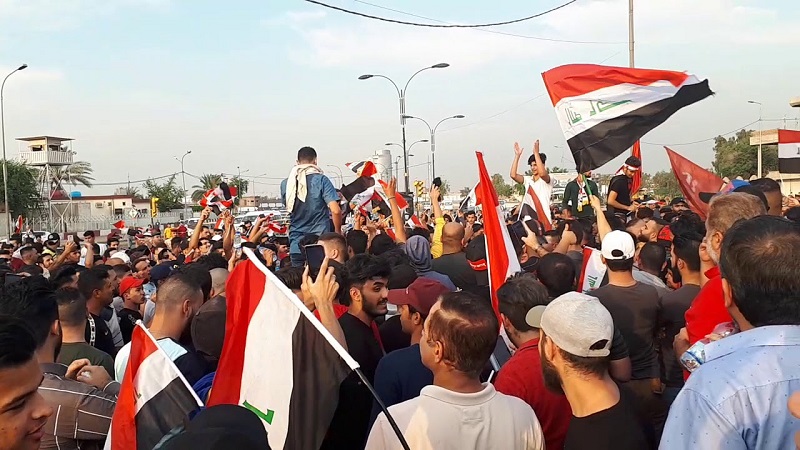 In a Facebook post titled "[Learn] how to deceive the people in five days without a teacher", Khashan said, "a group of demonstrators opted to join "al-Sadr's resolution" -albeit in a different square- because they thought al-Sadr had made his first step to making the radical change he promised in the [political] system, constitution, and election. In fact, these demands were bait to lure them."

"Al-Sadr reneged on those demands frankly. He infanticided his revolution, killing the demands of radical change. He showed that he only seeks an early election that rewins him the seats he lost when his representatives resigned."

"Instead of admitting this huge mistake, our friends went further and clung to what al-Sadr abandoned. They are trying to convince the people that radical change needs decades."

"We advised our colleagues, but they did not take the advice...we advise them now: the shortest route to reform is the constitution and law upheld by public movements. Those are the demands I wrote myself and October pursued."

Al-Ameri to the Sadrists and CF: Enough blood!!

"Saving the Homeland" reaches a quorum to elect the Iraqi resident, source

PMF and the Judiciary are" red lines," Sadrist official says