Kurdistan’s President meets with the head of Al-Nasr Coalition 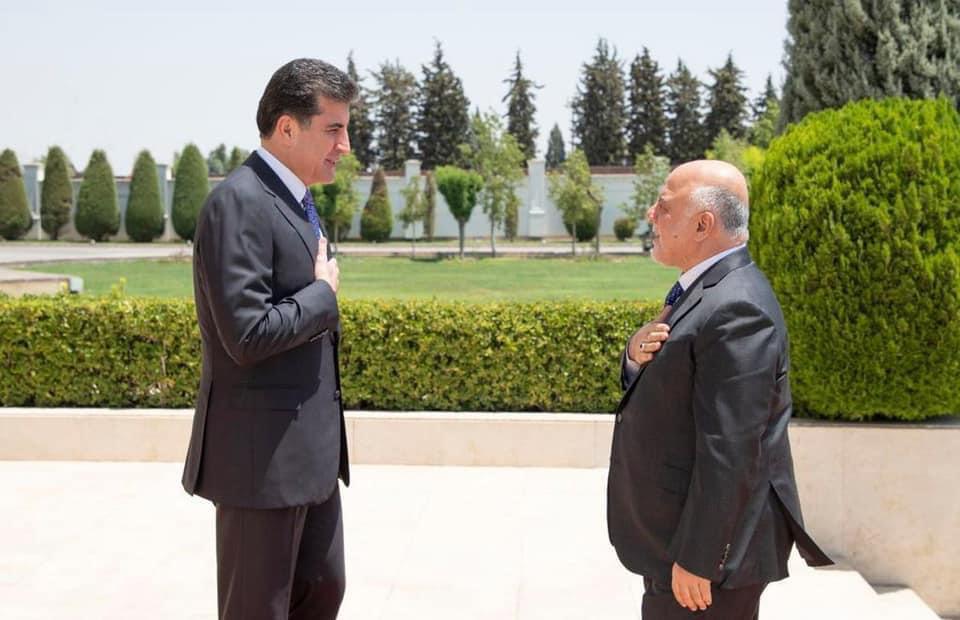 Al-Abadi's office said in a statement that during the meeting, the two sides discussed “several political, security and economic files, visions to solve outstanding problems, and the importance of continuing dialogues among various political and social personnel to find solutions.”

They also discussed the early parliamentary elections and the importance for the executive and legislative authorities and the Electoral Commission to provide a “healthy atmosphere to conduct the elections on time, to establish a new phase of stability and to provide the requirements for a decent living for citizens," according to the statement.

The statement also stated that the two sides affirmed that "the country can rise again in a new phase of cooperation, to discard differences, and to move forward to overcome the challenges it faces."