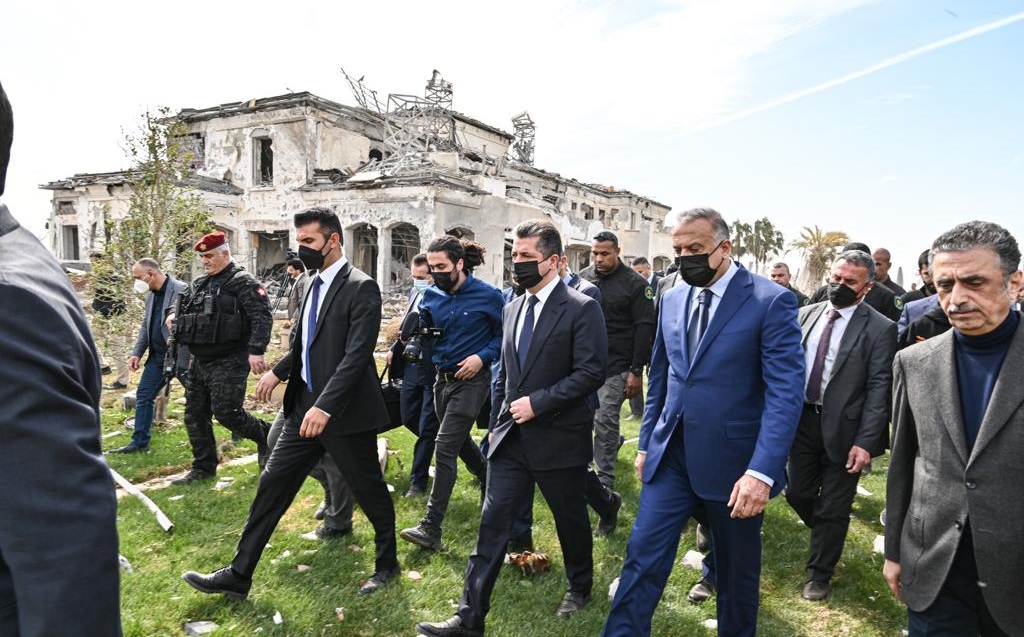 Shafaq News/ On Monday, the Kurdish Prime Minister, Masrour Barzani, and the Iraqi Prime Minister Mustafa Al-Kadhimi inspected the sites targeted by the missile in Erbil.

The two high-level officials checked the resulting damage centered on residential houses and the Kurdistan 24 building.

In a statement, the Kurdish government's presidency said that; Masrour Barzani thanked the Federal Prime Minister for his visit, as "an essential sign of the country's sovereignty and a confirmation that the security of Kurdistan is a part of the security of the Iraqi government."

The statement added; The Prime Minister said that Al-Kadhimi by himself "saw that the targeted site was only a house of a citizen of Erbil."

According to the statement; Barzani affirmed that the Kurdistan government called for forming of an international commission of inquiry to inspect this site and "revealed to the Iraqi and Iranian people and the whole world that this location is not a military site used by another country, as it is claimed."

"Everything that has been said about this place is baseless, and we are not a part of any conflict." He added.

In turn, Al-Kadhimi said that the attack was "unacceptable," calling on Iran to provide actual evidence of its statement.

He also announced forming a committee headed by the National Security Adviser with military and technical delegation to cooperate with the Kurdish government to investigate the incident.

In addition, Sheikh Baz, the house owner that was destroyed completely by the attack, said, "targeting my house with missiles aimed to kill everyone... all our memories and family archives in this house have become under the rubble".

Iran's Revolutionary Guards Corps claimed responsibility, and it said that the attack was against "Israeli "strategic centers in Erbil," suggesting it was revenge for recent Israeli airstrikes that killed Iranian military personnel in Syria.