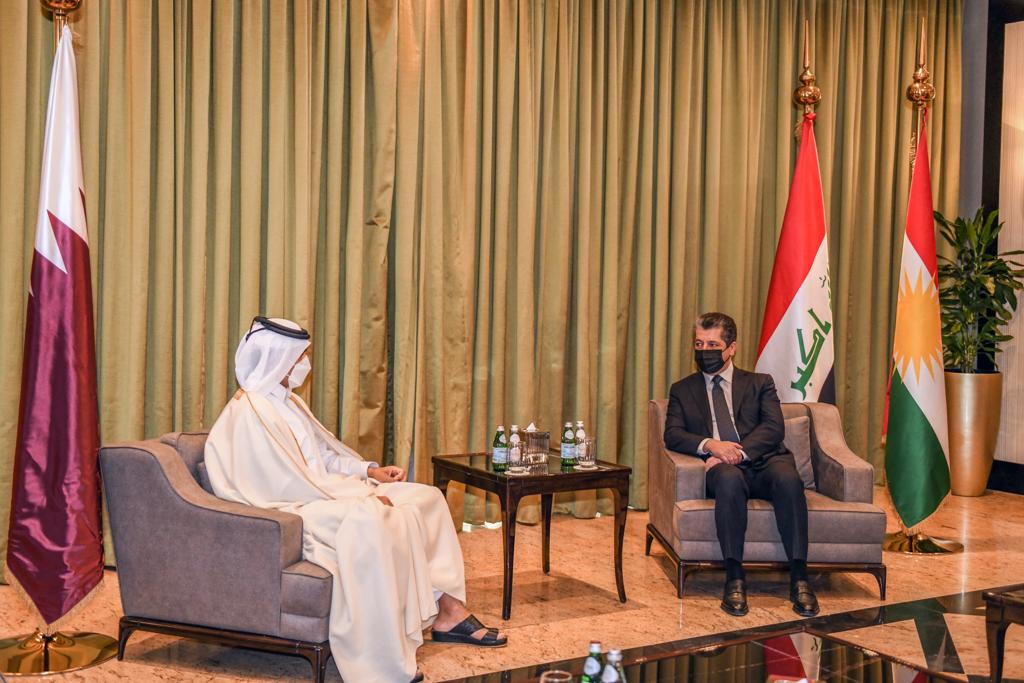 In a statement, the Kurdish Government said that they discussed the latest developments in Iraq, especially efforts to form the new government, and ways to strengthen the relations between Qatar, Iraq, and the Region, especially in the fields of trade and investment.

The two sides stressed the necessity of coordination and cooperation on issues of common interests.

The two parties discussed ways to boost relations between Kurdistan and Qatar in the commercial and industrial fields.

On Tuesday, the Prime Minister landed in the Qatari capital, Doha, at a prior invitation by the Emir.

PM Barzani and his accompanying delegation were welcomed at the Doha International Airport by the State Minister of Foreign Affairs, Sultan Bin Saad al-Muraikhi.

The Kurdish PM is scheduled to hold more meetings with senior Qatari officials.